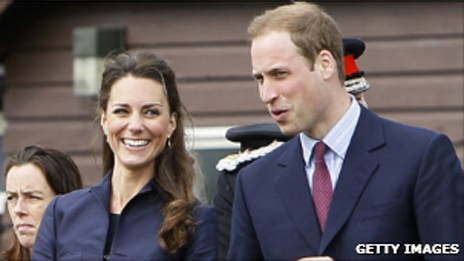 Why is America so obsessed with Britain's Royal Wedding?

It is a weighty question of our time, and I discussed it for BBC Americana with a woman who has her finger on the racing pulse of humanity... Dolly Parton.

"I think everyone loves a fairytale set in a castle... to dream about," she said.

Ms Parton, who grew up in the gritty poverty of Tennessee's Smoky Mountains, knows of what she speaks. In her hundreds of songs and dozens of films, this "iron butterfly", as she describes herself, has been peddling escapism all her life. She also happens to be the only living human with a theme park named after her - Dollywood. And Ms Parton herself is royalty, of sorts.

But of course not every British royal wedding gets this much attention. America did not get up early to follow the nuptials of Charles and Camilla. And the US barely knew that Sweden - a nation that adores its royals more than the Brits - even had a royal wedding last summer. The US is oblivious to the ups and downs of Spain's constitutional monarchy. So why does the monarchy against which this country fought a bitter war of independence capture its imagination so much?

America has never quite purged its monarchical instincts. The First Family is treated like elected royalty. Michelle Obama's wardrobe receives the kind of scrutiny normally reserved for a queen. From the plane to the fanfare to the motorcade, the procession of an American president is, let's face it, a very regal affair.

The founding fathers feared America's weakness for the monarchy and set up a series of speed bumps to regal power. The cultural affinity between Britain and the US (Dare I mention the dreaded "special relationship"?) is the bloodstream which nurtures the American fascination with Britain's royalty. Both The Queen with Helen Mirren and the King's Speech with Colin Firth produced a harvest of Oscars and box office profits, even though or perhaps precisely because these films displayed monarchy with its human weaknesses.

But back to the wedding. Yes, these days we could all do with a bit of Dollywood escapism. In an era of the instant reality TV celebrity, there is something to be said for the more durable kind that comes with birth. And finally there's the couple itself - enough to make even the most hard bitten Republican weak at the knees. The helicopter pilot who inherited his mother's looks and evokes the memories of her tragic life. And Kate. As one senior diplomat said at a dinner in Washington last night pointing at a picture of Her Majesty the Queen: "That's the soon-to-be-grandmother-in-law of Kate Middleton."