As the 24-hour news channels reported the horror unfolding in Texas, they struggled with a single question. 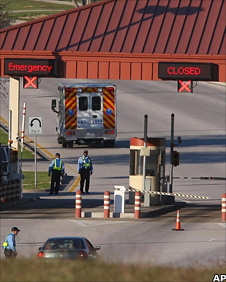 Some were circumspect in their speculation; others were less so. And the crux was this: who was responsible?

Was this the work of a lone madman? Or of a terrorist? Or of several terrorists?

I am sure the question was asked in the White House and that it was foremost in most viewers' minds.

It was certainly foremost in mine - for professional reasons. Random shootings are not my province, whereas terrorism and events that touch the soul of a nation for months to come are.

The truth is of course cloudy. The alleged murderer was clearly a Muslim, but there is very little to suggest that he adhered to a hard-line interpretation of his religion or that he had political or religious motives.

He may or may not have posted something on the internet defending suicide bombers. But he also appears to have been traumatised by the idea of being sent to a combat zone.

Still, people will speculate - as I am doing. Life may become more uncomfortable for his innocent co-religionists, a regrettable consequence of any such attack. 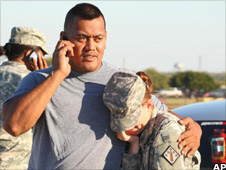 We search for certainty and for answers. Some will go down blind alleys: reports of his "religious attire", for example, may turn out to be a red herring. There will be a demand for answers about how he got private handguns onto a military base. In a state where people love their guns and their right to carry them, it may be a fairly pointless inquiry. In any case, it can't be hard for a solider to get his hands on a gun.

A lot of us wondered how he managed to shoot forty or so people with two guns. I imagine the truth may be that although his victims were soldiers, few of them were armed.

But for some, nothing less than a conspiracy will do as an explanation. On the website of a respected newspaper, I see one poster has blamed Barack Obama, whom he calls "that Marxist thug". It's not that it's hard to follow the logic; it's that there isn't any.

Still, searching for patterns and for answers is part of what it is to be human. I loathe cliche, but perhaps, for once, this is a "senseless tragedy", devoid of deeper meaning.