March of the right 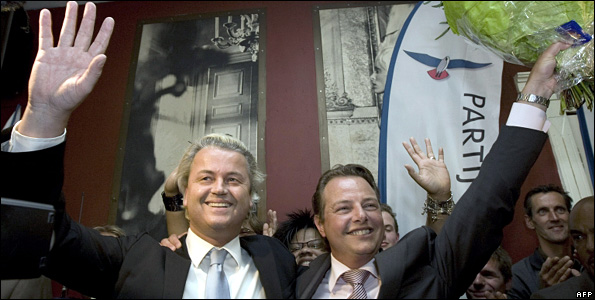 The British National Party (BNP) will not feel too lonely in the European Parliament. Similar parties with a strong nationalist message and opposition to immigration have been elected in the Netherlands, Hungary and Romania.

The leader of the Dutch Freedom Party (PVV), Geert Wilders, denies he is a racist, saying his problem is with Islam as an ideology, not the colour of people's skin. The leader of the BNP and new MEP, Nick Griffin, says his all-white party is no more racist that the National Black Police Association. Hungary's Jobbik says the real racists are the liberal establishment who do not put Hungarians first. They have attacked the Sunday Telegraph for its report on their party. It is time someone put this hotbed of liberal do-gooders in their place. 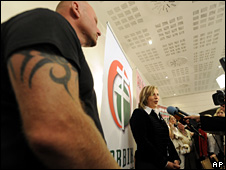 The rise of the right is patchy, and looking at where those patches are absent is important. As far as I can see from the results in front of me, anti-immigration parties in Italy and France did not do well. In the run-up to the election, Italian Prime Minister Silvio Berlusconi repeatedly compared Italian cities to "Africa", whether because of graffiti or "non-Italian" faces. In the final days, French President Nicolas Sarkozy's stepped up his plan to crack down on knife crime and flood Paris's suburban ghettos with police. He didn't mention immigration. He didn't have to do so.

Long before I came to Brussels, certain Labour MPs were telling me how worried they were about the BNP. These were the same people who, as ministers, came up with the toughest rhetoric on the perils of too much immigration and too little integration.

The hard right may try to form a new group in the European Parliament - until all the results are in it is not easy to say if they will do so. I somehow doubt it. But even if they did, they would have little influence on legislation or even debate. Their real importance is that their election gives politicians from bigger parties a huge scare, and pushes the mainstream towards are tougher line.