Fancy paying more tax? No? Think it's a good idea to prevent people becoming a huge burden on the state? Yes? Maybe it is time for some sort of special agent. The name is Bond - Social Impact Bond. 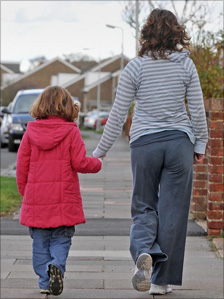 One of the big challenges for any government is how to find the money to invest in preventive schemes which won't save money for years. The problem is even more acute in times of austerity.

His latest report, commissioned by David Cameron, suggests that over a generation or two the savings from preventive action would run into the hundreds of billions of pounds. All those noughts are bound to attract ministers' attention, but where to find the cash?

For the answer to that we have to wait. The second part of Mr Allen's review, due in the summer, "will detail the new funding options needed to resource Early Intervention".

"There is massive saving to be made by helping babies, children and young people to make the best of themselves rather than cost society and the taxpayer billions of pounds for want of a modest investment. The next task is to discover the best way to use that massive potential saving to drive up-front investment in Early Intervention policies."

We know, however, that "the best way" won't be higher taxes. The money must come largely from non-state sources - namely the private and charitable sectors. The conundrum preoccupying large parts of Whitehall at the moment is how to unlock that cash.

This is where "Bond" enters the action. Or rather a whole array of bonds and finance schemes that civil servants are looking at. The central idea is that investors buy bonds and the money funds preventive social schemes now. The bond issuer (usually a government department) will repay the bond with a return on top at a later date - after the benefits of the scheme have started to feed through.

A small scheme on these lines is already operating in Peterborough prison aimed at cutting reoffending. The Ministry of Justice has sold £5m worth of Social Impact Bonds (SIBs) to charitable trusts and rich philanthropists. If reoffending is reduced significantly, the investors could get up to £8m back after six years - a very healthy annual return of 7.5%. If recidivism doesn't fall, they stand to lose their money.

I know of a number of charities actively working with government officials on other schemes where SIBs might be used: cutting school truancy and exclusion; increasing youth employment; reducing acute hospital care by improving community support; improving provision of fostering to cut the cost of residential placements for children in care.

There are, however, real challenges with issuing bonds of this kind. The Treasury is still to be convinced on how they might underwrite the bonds and there are departmental questions about who issues and pays out on them. After all, a health or education initiative might well save money in the courts and police stations years later. How are they going to calculate where any benefit has gone?

In some respects, the ideas listed above are the easy ones. It is relatively straightforward to measure reoffending, truancy or bed occupancy in a hospital. When it comes to the kind of early intervention projects that Graham Allen is proposing, measuring outcomes is much harder.

Let us imagine that an investor funds a Family Nurse Partnership to support at-risk teenage mothers bring up their babies.

According to a US evaluation, by the age of two, nurse-visited children are seen in hospital emergency departments 32% less often than similar kids without the help. By age 15 there are noticeable differences in reports of child abuse, teen-pregnancies, welfare requirements and arrests.

So there are expected savings across 15 years, but how can you be sure that any improvements are caused directly by the intervention? It might be the impact of a brilliant GP or teacher, a parent with high aspirations for their child, an astute police officer or, most likely, a complex mixture of a multitude of factors.

In 2009 the Cabinet Office published the results of work by the Measuring Social Value consortium [629KB PDF] which had been trying to find ways to monetize the success of social projects.

They produced a tool called Social Return on Investment (or SROI in the uninspiring jargon) and there is some hope that it could be used to unpick the cash saving of a particular scheme. If cautious Treasury officials can be convinced that SROI is measuring something real, they might be more enthusiastic about underwriting bond issues.

The charity Action for Children, for instance, is suggesting that with early intervention schemes "there is a strong case for raising the funds needed through a series of annual bond issues with 10-year maturities".

"Even after factoring in the transition costs from the system we have now to a more preventative approach returns to the UK economy would total £486 billion over 20 years. These savings are calculated on the basis of an investment of £620 billion to fund the transition and £394 billion to implement the bond scheme."

To back their argument, the charity has conducted SROI measures of some of its preventive schemes and says that for every £1 invested annually, "society benefits by between £7.60 and £9.20".

The Deputy Prime Minister Nick Clegg is today urging banks to "put something back into society by supporting social impact bonds and other forms of social investment". But success won't come from shaming financiers to invest. They must be convinced that there is a reasonable prospect of getting a return and, as yet, the case has not been made. Graham Allen has got four months to do so.