The changing popularity of baby names

Oliver and Olivia are now the most popular baby names in England and Wales [350.37KB PDF]. So what's that all about? What forced Oliver to the top of the popularity league, ousting Jack as the number one boy's name? 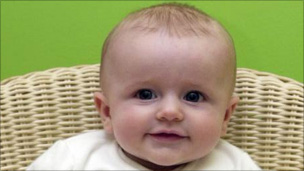 Searching for famous Olivers only deepens the mystery. I cannot imagine the late Oliver Reed is responsible. Oliver Hardy? No. Oliver Postgate? Part of me would love to think there is a quiet national tribute being played to the creator of Bagpuss and Noggin the Nog, but I doubt it. Oliver Cromwell? Surely it is not down to X Factor finalist Ollie Murs. Jamie Oliver?

As for Olivia - even digitally re-mastered pictures of Olivia Newton-John wearing "those trousers" in the movie Grease cannot provide an explanation.

I am beginning to wonder whether we are witnessing one of the subconscious side-effects of a Mediterranean diet. All that olive oil and low-fat spread. Could it be that our eating habits are affecting the way we fill out birth certificates?

Whatever happened to good old John and Margaret?

John was the most popular boys' name in Britain from 1914 until the end of World War II. From then it began a rapid decline to an ignominious 83rd today.

Margaret was number one for most of the same period but has now fallen out of the top 100 altogether.

That said, today's list does suggest that over the last 10 years there has been a resurgence in some names popular during the inter-war years.

Among girls, Evie is up 157 places to number 10, Ruby up 91 to number two and Lily up 45 to eight. Boys' names such as Alfie up 60 to four and Charlie up 25 to seven also demonstrate this trend - although on the historical records they wouldn't be shortened of course.

I sometimes curse my parents lack of originality in calling me Mark. The end of the 50s and early 60s resounded to so many vicars baptising Marks it must have sounded like a dog with a hare-lip.

PS Having read some of the concerns about my attempted joke in the last paragraph of this story, I do apologise to anyone offended. Hare-lip is a condition which can be made fun of thoughtlessly, but that certainly was not my intention. Perhaps I should also apologise for telling such an old joke.