Is Cumbria a victim of climate change?

The village of Martinstown in Dorset has long had a special place in the hearts of meteorologists. On 18 July 1955, it experienced the heaviest rain ever recorded in the UK over a 24-hour period. Until last week that is. 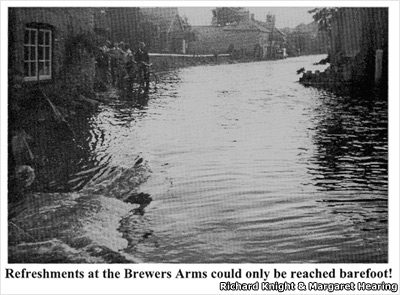 Now the dubious honour belongs to Seathwaite and the residents of Martinstown have sent their sympathies to the people of Cockermouth. 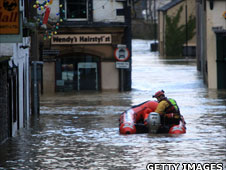 Experts at the Centre for Ecology and Hydrology (CEH) have been poring over their records to see how unusual it is for Seathwaite to experience intense rainfall. The village, apparently, gets regular mentions in the British Hydrological Society's "chronology of hydrological events", going back to 1800.

"There is a record of 8.52 inches (204 mm) on 12 Nov 1897 and 7.52 inches (191 mm) 26 Nov 1861; 6-inch totals are not uncommon in the record. This is one of the wettest parts of the country, and clearly has seen some very notable rainfall totals in the past. However, the recent rainfall seems to eclipse anything previously seen, by some margin."

According to the Lake District National Park, Seathwaite is actually the wettest inhabited place anywhere in England, experiencing around 3500mm of precipitation each year. But even the oldest inhabitants will never have seen anything like the rain the village suffered last week.

"Flooding during the autumn/winter season is relatively common in the UK," says Jamie Hannaford from CEH. "However, the magnitude of the provisional rainfall totals (for Seathwaite) suggests this is a monumental event, and perhaps a 'record-breaker'."

The Met Office has a list of "record-breakers" on its website - still awaiting confirmation of the Seathwaite downpour, one assumes. 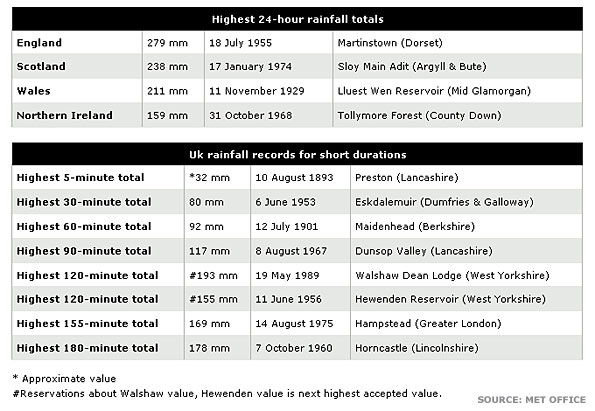 What strikes me about these lists is that the 12 rainfall events span more than a hundred years and if you were going to pick a period that has seen exceptional precipitation, it would be the period between June 1953 and June 1956. Three extraordinary, record-breaking rainstorms hit the UK in three years. No-one attributed them to climate change then.

The CEH has been thinking about the question of whether the Cumbrian floods can be laid at the door of global warming.

"This flooding is occurring in a part of the country which has become wetter in the recent past. The latest research from the UK Climate Projections team (UKCP09) indicates that winter rainfall has increased in the north-west of the UK since the early 1960s. Other research suggests that extreme rainfalls have also increased in frequency in northern and western areas of the UK, and one recent study which involved CEH scientists found that, over the last 50 years, the daily maximum rainfall has increased by 25% in northern and western areas relative to the previous 50 years."

The CEH experts have also identified increases in river flows leading to floods in the area over the last 30-40 years, but they cannot be sure of the cause.

"Whether this is due to climate change is an open question; these records are fairly short, and increases in rainfall and flow over this period may reflect variability associated with changes in atmospheric circulation over the North Atlantic," they suggest.

Indeed, trying to see the Cockermouth floods in an historical context, they are even more equivocal. "(T)rends over a longer period (more than 50 years) are generally much less compelling, and in general, there is limited evidence for long-term trends in flood frequency or magnitude anywhere in the UK."

So, in trying to answer the question of my title, this post must end with the cliched pay-off from a thousand TV news reports: "It is too early to tell". 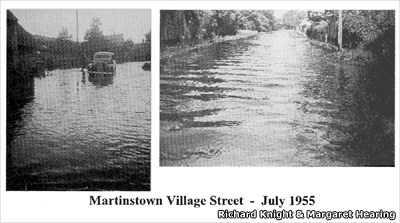 The black and white images in this post are from Margaret Hearing's The Book of Martinstown. Many thanks to Richard Knight and Margaret Hearing for permission to reproduce them.