Is the answer to teenage pregnancies more advice on how to get an abortion? Or pre-watershed TV ads on the wisdom of wearing a condom?

Britain has the highest level of teen conceptions in Europe, but I suspect that the problem is more down to lifestyle than to lack of information.

If the equation were as simple as [more sex education = fewer unwanted pregnancies], why have Britain's rates remained stubbornly high during a decade when advice has never been easier to access?

As far as the availability of abortions is concerned, the latest figures show record numbers opting for a termination. In 2007, more than 20,000 girls under the age of 18 received a legal abortion in England and Wales - a rate of 20/1000, the highest ever recorded.

These figures do not suggest that it is ignorance of the options that sees so many young women give birth.

Allowing pregnancy advisory services to advertise on television is clearly controversial, but is it any more problematic than allowing those same organisations to put up posters on school notice boards? Or on bus shelters? These already happen.

So far as information on contraception is concerned, I doubt that there is a secondary-school-aged child who hasn't had the low-down on condoms. The question is whether they take any notice.

For me, the figures which offer the most likely explanation for the UK's high teen pregnancy rates do not relate to sex education at all. They reflect upon the amount of time young people spend unsupervised with other young people - kids hanging around without adults.

Research published by the Institute for Public Policy Research think tank (IPPR) [55Kb PDF; registration required] in 2007 looked at the lifestyle of teenagers in a number of European countries. 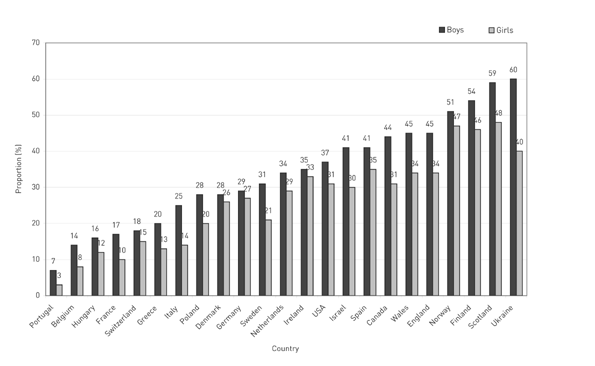 In France, just one in six of 15-year-old boys questioned said that they spent most evenings out with their mates. In Italy and Germany, it was roughly one in four. 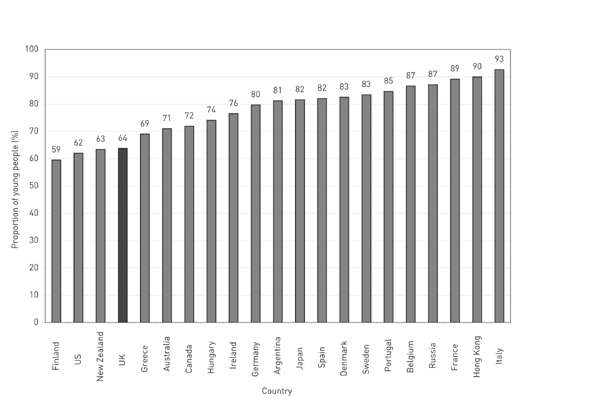 Young people whose parents eat the main meal with them around a table several times a week, 2000; source: IPPR
Compared with other European countries, our youngsters don't spend much time with their parents. Just 7% of Italian kids said that they rarely sat down for a meal with their mum and dad. In the UK, the figure was 36%.

If young people are spending a lot of time with other young people, often taking alcohol or drugs and without parental or other adult supervision, it is far more likely that they will end up having sex. 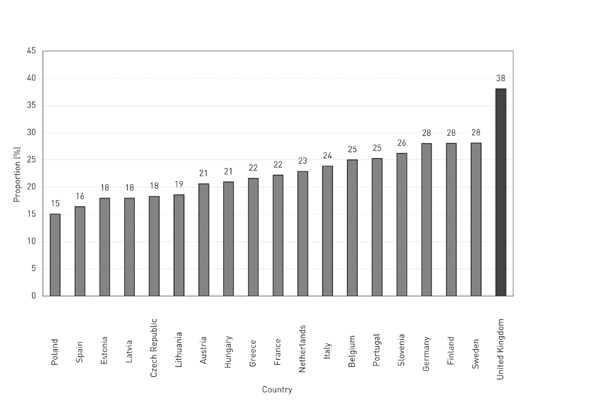 Proportion of 15-year-olds who have had sexual intercourse, 2001/02; source: IPPR

And our youngsters do: 38% of our 15-year-olds say they have had sexual intercourse compared to 16% in Spain, 22% in France, 23% in the Netherlands, 24% in Italy and 28% in Germany. I suspect that almost four in ten 15-year-olds having sex is less about ignorance and more about opportunity.

Update 0827 2009-03-27: The second image was initially published with the same caption as the first. Now corrected; thank you, aliskat.