Could a vaccine solve the drug problem?

Should politicians exploit brain science to make us behave? 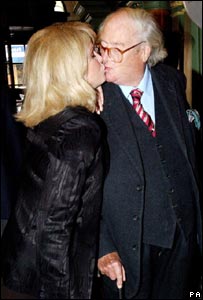 A year ago, the late, great John Mortimer announced to the world that, at the age of 84, he was going to start smoking. "I'm not particularly keen on smoking", he confessed.

"I used to smoke and then I gave it up, partly because I don't like dirty ashtrays. But I forced myself to take it up again when the government said it would ban smoking in public places" .

Politicians struggle to change our behaviour. The more they urge us to go out and shop for Britain, the more we are likely to squirrel our money under the mattress.

If government insists that we eat our greens or that we wear helmets on motorbikes, some will delight in devouring doughnuts as they zip about on a scooter sporting a sombrero.

Distrust of and disdain for authority explain the attitude of many to those who Mortimer described as the "busy control freaks". People don't like being bossed about.

Nevertheless, making society function well does require control. We tend to expect government to do more than make the trains run on time and keep the drains clear.

For instance, many think it is the job of politicians to sort out the drugs problem.

Drugs present a particular conundrum, however. Passing legislation (lots of it) is said to have had virtually no effect other than to criminalise millions.

You may recall last summer's post in which I quoted a report from the UK Drugs Policy Commission saying that "law enforcement efforts have had little adverse effect on the availability of illicit drugs in the UK". 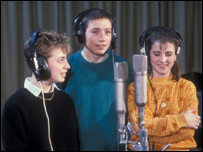 Exhortation in the form of information and health campaigns has limited impact in a culture where illegal drug use is widespread. And, as with John Mortimer's smoking protest, telling the kids to "just say no" may have the opposite effect.

It is the apparent futility of government efforts in this arena that has prompted another august body to think the unthinkable: "vaccinating children against the effects of dangerous drugs".

"Where regulators persist in seeking first phase regulatory solutions (laws), we might imagine an approach that resorts increasingly to a technological fix," advises the Academy of Medical Sciences in a government-commissioned report entitled "Brain science, addiction and drugs" published last year.

The evidence that addiction has a genetic component is becoming compelling. "Genetic markers have been identified that distinguished addicts from matched controls," the report says. For instance, a marker identified as "DRD2 A1+ allele" was "significantly more likely" to be found among drug addicts than in the general population.

"In this context, the question of genetic profiling at birth might be revisited in the future," suggest the authors, with the "need for a continuing dialogue with the public about the more general issues raised by identification of genetic risk factors and the potential use in children of vaccines against the effects of dangerous drugs". 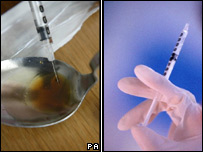 Vaccines are seen as an innovative approach to the treatment of addictions. The vaccine would stimulate the immune system to make antibodies which recognise and neutralise a dangerous drug. Already companies are working on vaccines which aim to eliminate the "rush" felt by users of cocaine and nicotine.

When the experts tried out the idea on the public, they got a pretty hefty thumbs down: "most participants envisaged a future where vaccines might be used on babies identified as vulnerable to addiction."

People didn't like the idea that the state should decide these matters, believing instead "that starting and stopping the use of recreational drugs was a choice".

The Academy of Medical Sciences didn't push the vaccine proposal, although the idea of nationwide genetic profiling is, they suggest, something that may be looked at differently in 10 years or so.

And the notion that the answer to changing our behaviour may be found inside our heads is given further impetus with the suggestion that "regulators may also look to the potential applications of the new brain science".

Is this fruitful inquiry? In the absence of a successful alternative strategy, should politicians ask scientists to look at ways of adjusting our brains and bodies to deal with the tragic and expensive consequences of addiction?