I doubt you had your bike nicked this week. But your car? That's a different story. 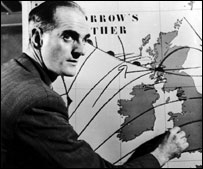 Most crime is seasonal and, as we shiver in the current cold snap, the warming news is that a wide variety of criminal behaviour goes down with the mercury.

But this is no time to relax. January turns out to be the peak month for theft of a motor vehicle, robbery of a business property and domestic burglary.

I was prompted to investigate the links between crime and the seasons following this week's report from the UK Statistics Authority [pdf] which highlighted the dangers in comparing criminal activity in June with that in October.

Research done for the Home Office a couple of years ago [pdf] investigated the level of 29 crime types, month by month over a decade. All but four of those they looked at showed seasonal patterns.

Most violent crime goes up in the summer and down in the winter. Wounding, rape, assault and conspiracy to murder all show significantly higher rates between May and August. Arson is a crime for mid-summer, with July and August the months for deliberate fire-setting.

The clearest seasonal pattern is attached to "theft of a pedal cycle" - 28.9% above average in September and 31.3% below the norm in February.

Non-domestic burglary appears to be particularly fashionable in the late spring while the domestic burglar prefers the winter months. January is 11% above trend, although the researchers wonder whether this is because people are away at Christmas and only discover the break-in on their return after New Year.

Another theory is that burglars have a break at Christmas too, and then "over-compensate in January". Or it might be that there is more to steal and more need to burgle after the excesses of the holidays.

Perhaps the thought of a nice warm car on a cold day is why motor vehicle theft is 6.3% up in January and a similar amount in March but down more than 6% from June until August.
A few crimes show regular peaks and troughs each year but not related to the seasons.

This may be because the research is based on recorded crime figures which can reflect police activity rather than actual crime, for example dangerous driving campaigns. In some cases, the researchers suggest that differences may simply reflect the fact that some months are longer than others.

The link between temperature and violence has long been accepted.

"Did you know, Putnam, that more murders are committed at 92 Fahrenheit than any other temperature? I read an article once. Lower temperatures, people are easygoing. Over 92, it's too hot to move. But just 92, people get irritable.

This extract from the film It Came From Outer Space, based on a Ray Bradbury short story, neatly sums up the theory. Academics have tried to demonstrate the point ever since, although the Home Office research finds weak correlation between the seasons and homicides. Not all criminologists agree, and the theories are many and varied.

Francesco Bruno from Rome's La Sapienza University says there is a physiological explanation for why there are more murders in Italy during hot weather. His figures show an average of two murders a day but rising to 2.3 in the warmest periods.

"The cerebral cortex needs a lot of water to function well," he claims. "When the temperature soars, it can be a struggle to control both our destructive and auto-destructive impulses, which arrive from the deepest parts of the brain, resulting in the tragedies we read in the newspapers''.

American research offers a similar explanation. "The human body generates adrenaline in response to excessive heat; adrenaline is helpful in keeping the body within safe limits, but we think that as a side effect it leads to aggression (which is often inappropriate)."

The idea that heat inspires violence is hardly a new one. The Belgian social statistician Adolphe Quetelet concluded in the 19th Century that people in hotter countries were more violent than those in colder nations.

And the theory has been taken further with contemporary researchers suggesting that a heatwave or heavy rain has a direct link to crime rates.

All of which demonstrates why statisticians get so hot under the collar when politicians coolly spout month-on-month figures to convince us that crime is going up or down.