The benefits of tough love 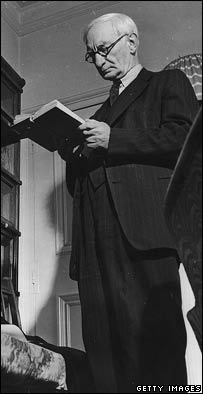 The architect of the modern welfare state in Britain, William Beveridge, wrote in 1942 that the long-term unemployed "should be required, as a condition of continued benefit to attend a work or training centre, such attendance being designed as a means of preventing habituation to idleness and as a means of improving capacity for earnings".

As an economist, Beveridge knew the dangers of a "something for nothing" culture. But he would not live to see how the boom-and-bust roller coaster of the 1970s and 80s led to a significant increase in "habituation to idleness" in the form of what became called "dependency" on the state.

Millions of people simply became detached from the workplace and reliant on handouts. Whatever hopes they might have had of one day returning to work were submerged in a blizzard of dole cheques and sickness benefits.

President Ronald Reagan saw a similar problem in the United States: a sizeable minority of Americans who lived on welfare could not or would not get a job. His answer was to make receiving benefits dependent on actively seeking employment, an idea first tried out in Wisconsin where the state governor implemented what became known as "workfare". A single mom with kids had to go to work or there would be no help from the state.

Nevertheless, the principle of encouraging welfare recipients back to work was strengthened by a body of academic research indicating the positive impact of employment on all but a very few of the adult population.

A cross-party consensus emerged in the US so that a national Welfare Reform Act was introduced by a Republican and signed in 1996 by a Democrat - President Bill Clinton - promising to "end welfare as we know it". 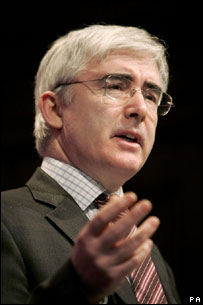 Initially suspicious, Labour ministers soon joined the Conservatives in embracing his ideas. The proposal didn't go as far as the Wisconsin model in time-limiting benefits, but there was a series of policies aimed at encouraging people with the most complex and demanding problems back into the labour market.

Governments have in the past shown a reluctance to engage with those furthest from the labour market. But the evidence is now overwhelming that employment is generally beneficial for individuals and their families. This corpus of evidence stands traditional government policy on its head. Far from being reluctant to engage, the government could on this evidence be accused of dereliction if it were to fail to do so.

Freud's approach was to use the free market: private and voluntary firms would deliver packages of "support" to help claimants re-engage with the world of work and would be paid by results.

Today's announcement puts flesh on those bones, but it is clear that the effectiveness of the measures depends on the quality of the individual help offered. The relationship between a "Personal Advisor" and a recipient of the newly-named Employment and Support Allowance will decide whether this new approach to welfare can achieve its lofty aims.

The government has an ambitious target to get 80% of the potential workforce into employment.

To achieve this, it needs to get a million people off the current Incapacity Benefit and 300,000 lone mothers back to work.

Success or failure will be decided in one-to-one conversations in Jobcentres and won't become apparent until well beyond the next election.