Obama - Tiger, Lewis and me

Reading 'The Adventures of Tom Sawyer' to my kids last night, I wondered what Mark Twain would have made of a black man in the White House.

In his tales of a mischievous boy growing up in America's south, you cannot avoid the issue of race. The setting, after all, is mid 19th century Missouri - a slave state.

The n-word is regularly employed to describe someone's "black man": the concept of ownership and the language itself required me to break off from the story to give my children historical context, perspective that seemed even more extraordinary as the United States queued to vote. 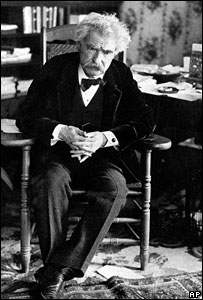 Mark Twain (Samuel Clemens) was an abolitionist, but I suspect the election of Obama would have been unimaginable on two counts: not only is the President-elect black, he is mixed race.

The villain of the Tom Sawyer stories is the "murderin' half-breed Injun Joe". It is hard to think of a phrase more politically incorrect in modern America (or Britain) than that.

And yet you don't have to go back very far to find the idea of mixing racial blood socially and legally unacceptable. As recently as 1967, sixteen US states from Delaware to Texas had laws banning interracial couples.

It took a Supreme Court ruling that year to spell it out: "the freedom to marry, or not marry, a person of another race resides within the individual and cannot be infringed on by the State".

Four decades later and arguably the most powerful person in the world has a white mother and a black father. In the same week, a young man of mixed heritage, Lewis Hamilton, becomes the Formula one motor racing champion.

Where once there was a shortage of obvious role models, today there are successful mixed race individuals everywhere you look.

When Tiger Woods went on Oprah to declare himself mixed race, not black, it caused outrage across the United States - he was accused of selling out his black heritage. But Woods came up with a new word to describe his Caucasian, Black, Native American and Asian background: Cablinasian. 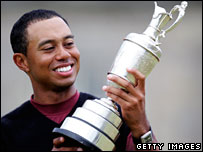 Tiger's need to create a new word is indicative of the difficulties around language and categorisation.

The term 'mixed race' first appeared on the British census in 2001 and there has been a recent consultation on whether the definition is already too narrow.

Mixed race is the fastest growing minority ethnic group in Britain. Half of those who were described this way in the last census were children. Schools in Lewisham in South London were recently found to have 11% of pupils from mixed race backgrounds.

But the term is so broad that the Office for National Statistics has been considering increasing the list of ethnic groups in the 2011 census from 14 to 21.

Parliament must decide but an official at the Equality and Human Rights Commission has described the current 'mixed' category as "nonsensical".

For data to be of value to planners and policy makers, it is argued, we need to know whether we are talking about a white British/black Caribbean person as opposed, say, to a white European/Chinese individual.The performance and experience of these sub-sets may well be very different.

One argument gaining currency is that we are moving to a 'post-race' environment where ethnic and racial groupings become far less relevant than data on people's social background.

We are not there yet, but there has been a sea-change in the way society thinks about people who have multi-ethnic backgrounds. As a child, I remember the offensive phrase "half-caste" being used without shame. These days, race and ethnicity are three dimensional concepts.

A British website which describes itself a "for the benefit of mixed-race families, individuals and anyone who feels they have a multiracial identity" has a page entitled 'mixed race icons'. The only two photographs are of the late comedian Charlie Williams and the decathlete Daley Thompson.

As of today, they might like to put up a snap of the next President of the United States of America.