For a decade and more I have been covering crime statistics and reporting how crime is going down but that people don't believe it. 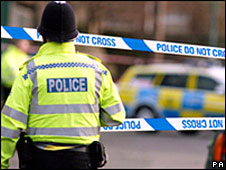 Reading this now, you are likely not to believe it because two thirds of adults in England and Wales remain convinced it is actually going up.

At least they believe crime is rising nationally but, interestingly, two thirds think crime is falling or stable in their local area [pdf].

But should we trust the figures?

Well, there are two main arguments. The first is that the figures are lies, manufactured by corrupt politicians. This conspiracy theory requires us to believe that literally thousands of professional statisticians, police officers, academics and civilian staff are fiddling the data for no personal gain and in some cases risking professional suicide. I have met no-one who has produced a shred of evidence that the numbers have been got at.

The second argument is that the numbers don't reflect reality, that somehow huge amounts of crime is being committed but not counted. To counter this concern, there are two measures of crime - police records and the British Crime Survey which asks people their experience of crime.

Police figures go up and down depending on police activity. Crime may not be reported. But the crime survey gets round this problem by asking individuals what has happened to them.

It is regarded as the most robust survey on any subject in the country - tens of thousands of respondents and with a remarkably high completion rate. The survey has gaps - critically it doesn't talk to under-16s but other survey work has done and the trends don't change much. Anyway, it would require truly enormous amounts of crime against children to counteract the trends of crime against adults and there is no evidence that that is the case.

The survey has other gaps too - because it talks to human victims it misses crimes against businesses and institutions, notably fraud. For the same reason, it doesn't contain information on murders.

However, it is important to note that the story of police recorded crime and people's experience of crime mirror each other - again good evidence that we are witnessing something that has not been manufactured or spun.

There is another reason to think the figures are telling us something real - crime figures have fallen in almost every developed Western nation over almost exactly the same period - from the mid-nineties.

This is a phenomenon that crosses borders, continents and seems unaffected by criminal justice policy. The United States and Canada have very different ideas about the value of imprisonment in controlling crime. But both countries have experienced big falls.

American cities that practised zero tolerance have seen similar reductions in crime to cities that did not.

So why do people refuse to believe the numbers? In part, because crime sells newspapers. Broadcasters are not blind to its effect on ratings either. Perhaps we are less tolerant of crime and bad behaviour these days. Certainly we are less trusting of each other, which is likely to make us feel more nervous about the risk of crime.

If one accepts that crime really has fallen, the next question is 'why?'

Criminologists, with refreshing candour, say they don't know. They've got theories and so have I. The fall coincides with a period of economic growth, but then crime rose during the boom of the sixties. Stuff is harder to steal - anti-theft devices on cars and homes has contributed to big falls in these volume crimes. Consumer goods like TVs and DVD recorders are so cheap these days they are hardly worth nicking.

Demographic change means there are fewer young men, the group responsible for most crime. Police have become much more sophisticated in fighting crime with profiling and mapping systems aided by new technology.

All of these may be true, but I am not sure it all adds up to an explanation. I don't think human beings are getting nicer but nor do I think the statistics are getting nastier.