Do we all need a nudge?

A new book out in Britain this week, entitled Nudge, suggests we need to get smarter at using psychology to change our behaviour for the better. Instead of councils snooping on pet-owners who let their dogs foul the park, nudge them into changing their behaviour. 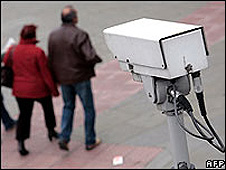 This morning on the Today programme I heard a representative of electronics giant Siemens UK arguing that it wasn't new technology that was needed to cut carbon emissions - just for people to start using what already exists.

The nudge answer might be pointing out to people when their energy consumption goes above the average for their street - you can now get a gizmo that gently lets you know. Just a nudge.

And later today, the prime minister will say that the answer to improving social mobility is "people themselves adopting the work ethic, the learning ethic and aiming high." In other words, it's not down to government or new laws. We need to find a way of "nudging" people into doing the right things to help their children succeed.

The theory is that people tend to behave the way they imagine others behave - the "social norm". So, if you think people like you go to the gym, always pick up their dog poo, refuse their kids junk food but tend to overdo it on the Sauvignon, chances are you will do the same.

Politicians, inevitably, are keen on this stuff. They want to make us behave differently but laws often don't work or see them accused of running a nanny state.

The new book on the subject is written by two American academics, Richard Thaler and Cass Sunstein, who have "informally" advised Barack Obama on nudging apparently. Not quite sure what that means, but the theories are flavour of the month in British politics too.

Former No 10 advisor Matthew Taylor has written extensively on the subject. David Cameron is known to be a believer.

Perhaps the most famous example of a "nudge" is at Schiphol Airport in Holland. Managers were fed up with the state of the gents. Men were none too accurate in their aim. Warnings and signs did no good so designers tried a "nudge". 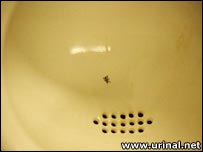 A black fly was etched into the porcelain of each urinal - something to aim at. Spillages were reduced 80%.

Can we do better here? And not just in the gents.

I am looking for some UK-born nudges - ideas to make us behave better without the use of threats or sanctions. The most brilliant will be posted here soon. Nudge, nudge. Pass it on.