What the world really needs is another blog. With only 175,000 created every day, there is clearly a gap in the market.

Well, maybe not. But I am hopeful we can make this blog a genuinely valuable space on the web. 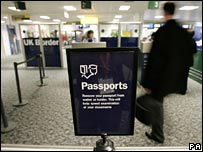 The United Kingdom is changing fast. If you sat yourself on a cloud in the upper atmosphere and had one of those time-lapse cameras looking down at our islands, what you see would astonish. The movement of people in and out of our island is unprecedented.

Every week, more than two million people enter through Britain's ports. That's two or three people coming into the UK every second of every day and every night. And there are almost as many going the other way. In. Out. In Out. In Out. From our cloud, Britain would look to be throbbing with travellers. Fizzing with humanity on the move.

And it's not just people burdened with physical luggage. They travel with new ideas, different customs, food and music and language.

Fixing a different lens to our camera we can see those swirling currents of ideas and cultures. And this maelstrom is even more dramatic because it is supercharged by technology which transports the ideas without the individual having to move outside their bedroom - global communication systems - chiefly, of course, the internet. 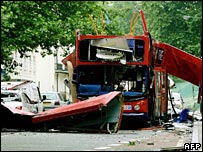 And with globalisation comes tension. Fear of other people is the common denominator in so many of Britain's concerns - fear of criminals, immigrants and terrorists. But we are also bewildered and frightened by change itself. The fear of being left behind, or missing out in a world that moves so fast. Of losing our way or our very identity.

So amid the shifting sands of the early 21st century, this place intends to offer some solid ground. A haven for reflection and debate and argument.

We've called the blog Mark Easton's UK, which suggests I am claiming ownership of the entire country. But I don't even want to claim ownership of the blog. This is a neutral space where all are welcome to contribute within the boundaries of common courtesy.

However, in shaping where our conversations might take us, I have deliberately avoided traditional government demarcations. There's no box marked Education Policy or Health Service Reform. We can talk about all these things but I hope we can do so in a forum that encourages greater perspective. 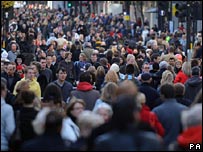 I also intend to post a weekly map of the UK. Hopefully, each image will surprise, inform and prompt discussion. Let's see how it goes. I think it might be good fun.

And that is an important word - this enterprise is supposed to be fun. The fun of learning and conversing and arguing about our brilliant, fascinating, occasionally exasperating but always changing United Kingdom.