US politicians cement a new philosophy for Nasa

The deal is done. The US House of Representatives has accepted legislation drafted in the Senate to fund Nasa for the new financial year to the tune of $19bn. All that is required now is a signature from President Barack Obama. That looks a formality. 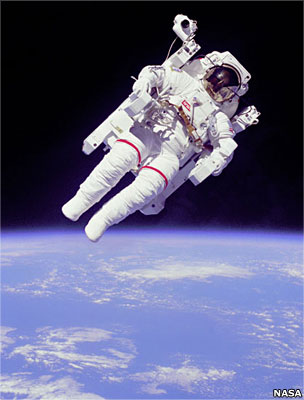 So, after eight  months of fractious debate in Congress, the US space agency now has a new mandate. You can read the detail in the 108-page document [300KB PDF] passed on the house floor late on Wednesday night.

It authorises $1.3bn over the next three years for commercial companies to begin taxiing crew to the International Space Station (ISS). It is not as much as the president wanted, but it cements a new philosophy in human spaceflight.

The legislation also instructs Nasa to start immediately the development of a big new rocket, together with a longhaul spaceship, capable of taking humans beyond the ISS to destinations such as asteroids and Mars.

The basic elements of this space launch system must be ready by 31 December, 2016.

And it funds operations at the ISS through to 2020, and allows the shuttle Atlantis one additional mission to the platform sometime between June and October next year.

All this, of course, represents yet another course correction for Nasa.

It brings to an end the Bush-era Constellation programme which had set the agency the task of going back to the Moon.

As recently as Tuesday, I sat through presentations on the Orion crewship, one of the cornerstones of Constellation, at the International Astronautical Congress in Prague.

That work will not be wasted and will now find its way into the vessel that eventually sits atop the new rocket. To all intents and purposes, Orion lives on.  Indeed, the new legislation says:

"The [Nasa Administrator Charles Bolden] shall continue the development of a multi-purpose crew vehicle to be available as soon as practicable, and no later than for use with the [new] Space Launch System. The vehicle shall continue to advance development of the human safety features, designs, and systems in the Orion project."

And of the new heavy-lift rocket itself, the politicians also want it to incorporate as much existing capability as is possible, from both the soon-to-be retired shuttles and from Constellation's Ares rockets which were billions of dollars away from operational flight:

"The Administrator shall to the extent practicable utilise space shuttle-derived components and Ares 1 components that use existing United States propulsion systems, including liquid fuel engines, external tank or tank-related capability, and solid rocket motor engines; and associated testing facilities, either in being or under construction as of the date of enactment of this Act."

Quite how this rocket will turn out is unclear. It could look like a cutdown version of the now abandoned Constellation Ares 5 launcher, or it could look more akin to an inline shuttle-derived rocket that some have long advocated - a concept dubbed Direct. 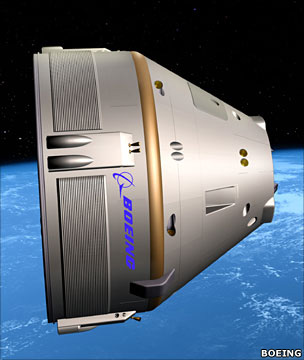 Boeing is working on its own commercial crew capsule

Although the political process is drawing to a close, it's evident the arguments are far from over.

Like many other observers, I have found it curious to see so many politicians who are normally very vocal in their opposition to "big government" speak out so vehemently against a bigger role for private enterprise, even when many of those companies have been working hand-in-hand with Nasa for decades.

There are those who claim that the money on the table will deliver neither a profitable commercial launch sector nor a government-led deep-space system; certainly not on the timescales being demanded.

It was instructive to hear Andrew Aldrin, director of business development for United Launch Alliance, talk at IAC2010 on Tuesday.

ULA operates the Atlas and Delta rockets developed in the late 1990s with billions of dollars from Boeing and Lockheed Martin.

The Evolved Expendable Launch Vehicle (EELV) programme was a partnership with government in which the aerospace companies took on most of the risk, and they got badly burnt when the anticipated satellite launches that prompted their investment never materialised.

ULA is now considering adapting the Atlas and Delta rocket systems to launch privately developed crew capsules, such as the Boeing CST-100 ship.

But Andrew Aldrin says ULA will want to see Nasa and the government shoulder a far greater burden of the risk before it commits itself to the expensive business of certifying its rocket systems to launch humans.

"Who's going to pay the money up front for this? Industry is perfectly comfortable doing fixed-price development but the rule of thumb is - fixed priced [equals] fixed requirements. And right now we're a long way from getting to fixed requirements for human spaceflight systems. I think, perhaps correctly, as Nasa developed human-rating requirements for the Ares-Orion systems, it was kind of a moving target because you always wanted to make something as safe as you could possibly make it. Well, you can't have a moving target when you have a fixed-price development programme."

In other words, the business case that underpins commercial crew services still has some way to go before being fully understood and established.