Libya and the ghosts of history

To a degree nations, like people, are prisoners of their past. It is history that is clearing the road for Gaddafi's forces to besiege Benghazi.

When I was living in North America in the 80s almost every international crisis came with a warning against intervention. The two cautionary words were always the same: "Another Vietnam". Buried deep in the psyche of America's officer corps was the fear of the unwinnable war, of being bogged down in some faraway place. So every engagement had to come with an exit strategy. 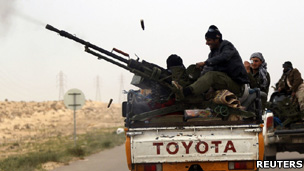 With time, the Vietnam phobia faded. There were successful interventions: Saddam's forces were driven from Kuwait and the Taliban were kicked out of Afghanistan before they were allowed to return.

So an emboldened George W Bush and his inner circle believed democracy could be implanted in the Middle East with a little help from America's military. But even as the Iraqi invasion neared, some former generals remembered their history. General Colin Powell, who was the Secretary of State, warned Bush of the China shop rules: "You break it. You own it." Invade and all that country's hatreds and divisions become your responsibility. Another Vietnam. No one listened and American units are still there.

The French were implacably against the war in Iraq. One paper mocked them as weasels. Fries were no longer French. In the rasping no-prisoner bear-pit of American talk shows the French became "cheese-eating surrender monkeys".

Faced with Gaddafi's forces crushing the Libyan spring, the United States and France once again line up differently. President Obama is haunted by the ghost of "Dubya". He believes the invasion of Iraq was a mistake and damaged America's reputation. So he struggles with the idea of American forces once again in action in an Arab country.

As Andrew Sullivan wrote in the Sunday Times: "The truth is that in the wake of George W Bush, America's military reputation and its soft power as a moral exemplar have been degraded. The world has changed and American hubris cannot continue. Obama knows this..."

The French, who failed the world over Rwanda, are full of righteous indignation. It was summed up by their former Foreign Minister Bernard Kouchner who said: "We've known since three weeks that the poor civil society, the poor people are dying. And we are doing nothing." President Sarkozy said: "We cannot stand idly by and watch civilians being massacred."

David Cameron began his premiership determined to resist the interventionist bent of Tony Blair. The British military was being scaled back. For a while we would operate plane-free aircraft carriers. But early on in the Arab awakening, Cameron became a born-again interventionist. He, too, insists "We cannot stand by". The UK has tabled a new draft UN Security Council resolution which includes a no-fly zone. 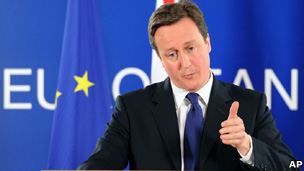 But "standing idly by" is precisely what is happening. The French and the British are still pushing a no-fly zone at the UN but time is running out. There is huge frustration with Washington. Neither Paris nor London knows what President Obama really thinks about a no-fly zone.

Allies like the Germans, however, seem implacably opposed. "A no-fly zone is not putting up a traffic sign but intervening with bombs, rockets, weapons," said Guido Westerwelle, Germany's foreign minister. "If it doesn't work - do we go further with land forces?"

The Italian Foreign Minister Franco Frattini said: "We cannot have war, the international community should not, does not want and cannot do it."

If the Germans and the Italians are against, the Americans cannot make up their minds. The Russians and the Chinese are very wary.

Initially there was an argument to let the Libyan opposition win their own fight for democracy. It was empowering for the Arab world to witness a struggle for freedom. Early on, the opposition council in Benghazi were against a no-fly zone. That has changed. Slowly they are being crushed. Even the Arab League wants Western intervention.

The questions for the West are these: If Gaddafi is allowed to crush the opposition what message does it send? The Arab world will have watched Europe do nothing. Second, how can Europe brand itself as a defender of democratic values? Other autocratic leaders will be emboldened to use force.

The truth is Europeans are split. The West is divided. The UN can agree on sanctions but not on actions that might stop Gaddafi's forces.

Once, France and Britain acted alone. The place was Suez. The operation a humiliation. The then American President Dwight Eisenhower forced French and British forces to withdraw. It marked the end of the old colonial powers flexing their muscles. It may be, however, that in the future Europe will have to act without the United States. After all, the Americans are having to make savings on their military budget and Europe is one of the places they will make cuts.

Catherine Ashton, the EU's foreign policy chief, made an interesting point in the latest edition of E Sharp. She said: "The strength of the External Action Service (the EU's diplomatic service) will be, paradoxically, in its inability to throw its weight around. It represents soft power but with a hard edge. Its influence flows from the fact that it brings no baggage in its support for democracy..."

There is influence with soft power but it does not deter a leader like Colonel Gaddafi.

If Gaddafi wins, Europe will have to ask itself a tough question - did it fail the Arab spring?