Human rights and the will of the people

MPs in the UK will on Thursday have an extraordinary choice - they will be given the chance to ignore and vote down the rulings of the European Court of Human Rights.

Five years ago, the court in Strasbourg ordered the UK to allow prisoners to vote. 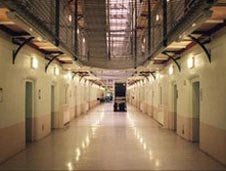 It has not happened. There were further legal challenges by prisoners and the government is now under pressure to implement the ruling.

The idea of giving prisoners the vote makes Prime Minister David Cameron feel "sick". So, MPs are being given the chance to give their verdict. It is a free vote and it is not binding.

What it has done is to release a torrent of criticism and hostility towards the European Court of Human Rights.

Most of the comment is along the lines that it "continually overrules the decisions of democratically elected governments", and that it has become the friend of "terrorists, crooks and illegal immigrants".

Lord Hoffmann, a retired Law Lord, said human rights had "become, like health and safety, a byword for foolish decisions by courts and administrators".

Before the election, Mr Cameron had the Human Rights Act in his sights.

"It has to go," he said. "Abolish the Human Rights Act and replace it with a British bill of rights which sets our rights and responsibilities."

That ambition was thwarted when the Conservatives joined the Liberal Democrats in a coalition government.

But this controversy has opened up a debate as to whether it is possible to withdraw from the jurisdiction of the European Court of Human Rights.

That might just be legally possible. What would be very difficult would be to withdraw from the European Convention on Human Rights itself.

Any attempt to do that could lead to pressure to leave the European Union itself. The EU expects all member states to accept the convention, and the government certainly does not want to leave the EU.

But could the UK just withdraw from the jurisdiction of the court as some were arguing earlier this week?

Again there would be difficulties. The modern convention demands that a member state accept the jurisdiction of the court.

Human rights lawyers say it would be unprecedented for the UK to withdraw from an international convention having once agreed to it. There would be implications for the standing of the country. After all, we remind other nations of their human rights obligations.

Some are suggesting that if the UK continues to have problems with the court's judgements the country review the relationship after, say, two years.

One idea is that the UK's Supreme Court could be the final arbiter on cases brought under the convention, not the court in Strasbourg.

There are countries with strong supreme courts most noticeably the United States. It has a highly respected and developed system of legal protection but it is very resistant to subjecting itself or its citizens to international courts.

Britain was the among the first countries to ratify the Human Rights Convention. Lawyers say it would be a momentous decision to try to withdraw from the court in Strasbourg. Interestingly the UK has a good record of complying with the court's judgements and - in the views of some - that gives the country moral weight.

So what is likely to happen? There is room for manoeuvre in this case.

What the court in Strasbourg objected to was a blanket ban on prisoners getting the vote. It was seen as too inflexible.

What it did not do was to prescribe a precise remedy. It followed what is called the "doctrine of the margins of appreciation".

That leaves scope for judgement. It could be that the UK introduces a limited ban. Prisoners serving sentences under, say, one or two years might be allowed to vote.

That would bring the UK more in line with countries such as Germany, the Netherlands, Denmark and France. Forty per cent of European countries have no restrictions on prisoners voting.

What is not being suggested by the Government is that Britain can pull out of the convention. The Foreign Secretary William Hague said there was "no escape" from our responsibilities under the convention.

But say after all the parliamentary votes were taken that Britain simply neglected to implement the court's ruling. Current and former prisoners would bring cases. The precise remedies would depend on the courts.

The English courts might well reject any claim for compensation as they cannot strike down the will of Parliament.

But if the prisoners took their claims to the European Court they might win and the compensation could well run into millions - perhaps £100m.

It is not clear what would happen if, in defiance of the courts, the UK refused to pay the compensation. It is possible sanctions might follow but we would be in uncharted territory.

So the most likely outcome of all this is that the UK government gives a minimum number of prisoners the vote hoping that would satisfy the court.What this debate has done is to vent a deeply-held feeling in Britain that the laws of its Parliament and the will of its people are being undermined by unelected foreign courts.

What is unclear is what the political implications are of such a mood in the country.