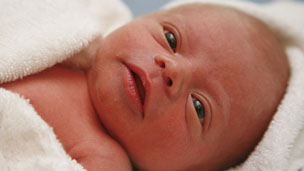 Spare a thought this Mother's Day for women around the world who don't have access to the kind of care on offer in the UK to pregnant women. Whilst maternity services in Britain do sometimes fall short, it is unusual for women to give birth without any skilled help. Deaths in childbirth here are rare.

A report from Save the Children, timed to coincide with Mother's Day, has highlighted the alarming shortage of midwives in the developing world. Entitled "Missing Midwives", it says nearly 48 million women - one in three - give birth each year without expert help.

Save the Children says that of the 1,000 women and 2,000 babies who die each day, most succumb to easily preventable birth complications. For example it says more babies in poorer countries die from lack of oxygen at birth than from malaria. It estimates that 42,000 lives a year could be saved if there was someone present who could dry and stimulate a newborn baby to help it breathe.

I remember filming in a brand new maternity hospital in Sierra Leone a few years ago. It had no ultrasound scanner and no intensive care unit. The two doctors there provided care for a population of nearly 300,000. Despite the lack of staff and equipment, it was saving many lives.

Rather than relying on traditional birth attendants, often with no training, local women were being encouraged to attend ante-natal clinics. The birth attendants were being offered medical education and in the meantime were being paid by the hospital for each woman they persuaded to give birth at hospital.

The shortage of midwives is part of a wider problem - a massive shortfall of trained healthcare workers. Midwives and doctors cannot be created overnight. Even with political will, co-operation and funding, it is an issue which will take many years to put right.