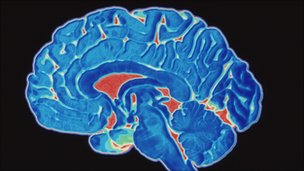 Scientists in the United States have managed to turn human embryonic stem cells into a type of brain cell linked to memory loss in Alzheimer's disease. The research, published in the journal Stem Cells, should help in the development and testing of potential new medicines to treat the neurodegenerative disease which affects around half a million people in the UK.

The researchers at Northwestern University in Chicago managed to coax the stem cells into becoming a type of neuron which dies off early in people with Alzheimer's disease. The cells in question are basal forebrain cholinergic neurons (BFCN), which have a key role in memory function, and their loss is thought to be significant in the early stages of the neurodegenerative condition.

These dishes of cells should provide a near limitless supply of neurons for research. Scientists need to know why these cells - critical for memory function - fail in Alzheimer's disease. It should enable them to test compounds on the laboratory samples in the search for treatments.

One of the authors of the study, John Kessler, chair of neurology at Northwestern University said: "We can literally screen tens of thousands of drugs at a time to find the kind of compound that will keep these cells alive. We can ultimately think about transplanting the cells to help the memory deficit." He said his team had also created the neurons from the skin cells of Alzheimer's patients and from healthy volunteers. He was cautious about when the research might yield treatments but said 10 years appeared "realistic".

The Alzheimer's Society said the study was a "major step forward" but went on to say that further research was needed to find out whether these stem cells actually work in the brain. It urged greater investment in dementia research. The term "major breakthrough" was used on the Today programme on BBC Radio 4 although it was made crystal clear that benefits for patients were a long way off.

Another charity, Alzheimer's Research UK was more cautious. It said the prospect of stem cells being used as a treatment for the disease was still a very long way off and there was no evidence yet to suggest this method would be able to help people with dementia.

I confess I worry about the phrases "major breakthrough" and "major step forward". For me, the former should be reserved for something which is a game-changing piece of research, or a new device or treatment which transforms the way we combat a condition. Like many things it's hard to describe, but you know it when you see it. "Major step forward" is problematic unless you also know how many steps there are left to travel on a journey.

It seems to me that this research is another tantalising example of what MIGHT ultimately be achieved through manipulating human embryonic stem cells - the body's master cells.

Being able to generate the neurons which fail in early Alzheimer's and to test agents on them that may promote survival, will be extremely useful. But families affects by Alzheimer's need to know that there are a whole lot of major steps forward still needed before it yields an effective treatment for the disease.