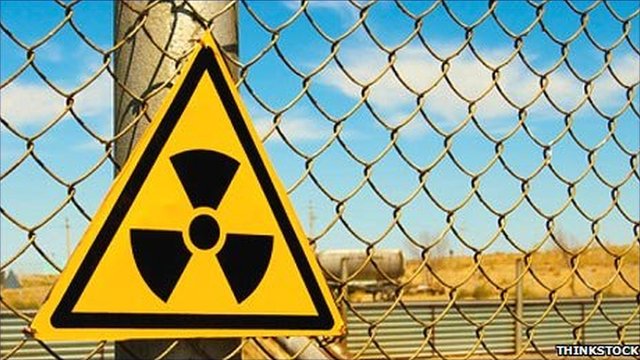 News from Tokyo that radiation in the water supply is twice the level considered safe for infants is yet another worry for the citizens of Japan. The authorities there have recommended that people in the city do not allow babies under one to drink tap water. So how much risk is there?

As many people have pointed out, and has been mentioned here before, we are all exposed to radiation all the time, from the environment and from medical procedures like x-rays. The Health Protection Agency says the average dose per year in the UK is around 2.7 millisieverts (mSv), but is higher for people in some parts of the country. In Cornwall, the average annual radioactive radon dose to people is 7.8 mSv.

So what about Japan? There were reports that Tokyo's tap water contained, at one point, 210 becquerels of radioactive iodine per litre. That is twice the recommended limit of 100 becquerels for infants although below the 300 limit for adults. Becquerels is a measure of radiation emmitted whereas millisieverts is a measure of dosage on the body (there are many handy guides to these terms on the web).

Professor Richard Wakeford from the Dalton Nuclear Institute and visiting Professor of Epidemiology at Manchester University said the health effects would be extremely small. He calculated that drinking water for a year at the Japanese limit would give an infant a dose of 0.4mSv, so you would need to double that to get the effect of drinking water at the higher level of radiation for a year. Professor Wakeford said "in theory, there would be a very small additional risk of cancer, but in practice nothing more than you could expect to get from normal background levels of radiation".

So the extra risk from drinking tap water in Tokyo for a year would be far less than that of someone moving, say, from London to Cornwall for a year.

As several scientists have pointed out, the alert about drinking water in Tokyo is simply a sensible precautionary measure, based on the principle that if you can easily avoid risk, you should do so.

Dr Jim Smith, Reader in Environmental Physics at the University of Portsmouth said: "It should be emphasised that the limit is set at a low level to ensure that consumption at that level is safe over a fairly long period of time. This means that consumption of small amounts of tap water - a few litres, say - at twice the recommended limit would not present a significant health risk. I would expect that the recommendation not to drink tap water would also extend to women who are pregnant or breastfeeding."

Nonetheless, one bit of newswire copy said that the tap water alert in Tokyo was sending "anxiety levels soaring over the nation's food and water supply". Residents in Tokyo are reportedly clearing the supermarket shelves of tap water. On Sunday, milk, spinach and other vegetables from areas near the Fukushima plant were found to have radiation levels higher than regulated standards, but the Japanese authorities said it did not pose an immediate risk to health.

I do not mean to underplay the issue of the Fukushima nuclear leak. But the dangers from Tokyo tapwater do not bear any comparison with the earthquake and tsunami where there are currently nearly 9,500 confirmed dead and more than 14,700 people still missing.