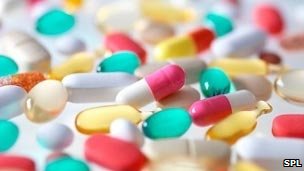 Over the years I have done many stories about why cancer survival in the UK lags behind that of other EU countries. One trip to a regional cancer centre in France in 2007 sticks in my mind. I met patients being treated with drugs that would have been denied them in Britain. French cancer specialists were appalled by my stories of NHS rationing and told me that the cost of a new drug was irrelevant - if it was shown to be effective, then it was funded.

Today the cancer tsar Professor Sir Mike Richards published a report which, unsurprisingly, showed the UK lagging behind many other developed countries in its use of new cancer drugs.

In response the government announced a £50 million fund to pay for new cancer drugs in England. Professor Richards thinks it will help thousands of patients. It is a stop-gap measure until next April when a Cancer Drugs Fund comes into place. France has had a central funding system for years, which picks up the cost of expensive new cancer drugs so that they don't skew local health budgets.

Interestingly, today's report did not look at the effect of greater or lower drug usage on outcomes, such as survival rates. Professor Richards was keen to stress this point:

"Early diagnosis is the main factor in cancer survival, followed by good surgery, radiotherapy and cancer drugs. A lot of these new cancer medicines extend life for a few months, but those extra months are vital for the patients and their families."

So drugs alone make up a small part of the cancer treatment jigsaw. In 2007, France also had 20% more radiotherapy machines than the UK, and 50% more doctors per head of population. I'd be interested to know if those proportions have changed.

Recent years have seen improvements in cancer treatment, and many new facilities. One example is the £200m cancer centre at Barts Hospital in London which is aiming for a high proportion of patients taking part in clinical trials.

And outcomes are improving. Earlier this month, Cancer Research UK published figures showing that patients with breast, bowel and ovarian cancer, are twice as likely to live for 10 years, compared with the 1970s.

So will the new funding for cancer drugs be sufficient? A figure of £200m a year had been mooted but today that was described as an "aspirational" figure but could not be guaranteed. The government also denied that the cancer fund will undermine the work of NICE, the National Institute for Health and Clinical Excellence. It assesses new cancer drugs and comes in for huge amounts of flak when it turns them down as too costly. But the effect of the new fund will be that clinicians will have greater freedom to prescribe drugs, even if NICE has said no.