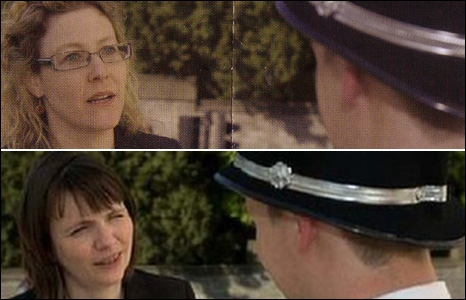 First came the fake nurse who appeared in a Liberal Democrat leaflet. She was, said the Lib Dems, "illustrative". She was "misleading" his constituents said Conservative AM Jonathan Morgan.

Then came the policeman with the genuine hair-cut but fake epaulettes. He too was what the other parties called "fake" and the Lib Dems called, once again, "illustrative."

He must have been good at it because here he is again. Not enough coppers on the beat to go round?

Again: does it matter?

Every comment you do make will be taken down and may be used in evidence ...

You can stay up to date with Betsan's Blog via these feeds.

More from Wales at Westminster