And then there were three ... 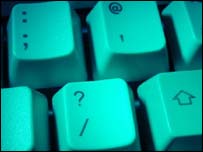 I did and found the domain name was registered to Carwyn Jones, National Assembly, Cardiff, Wales, CF99 1NA.

Hm, said the text. "It's registered to his National Assembly for Wales office. I wonder if that's against assembly and electoral rules?"

Isn't it interesting that the somewhat toxic mix of leadership campaigns and electoral rules are already being raised in some quarters? The prototype, of course, was Hain4Labour - the campaign website of the Neath MP's ill-fated bid for the deputy leadership of the Labour party.

But let's face it an online presence is going to be vital for any serious candidate to take on Rhodri Morgan's job. So how interesting that Edwina4Labour.com was created and registered 16th September 2009 - yesterday. Back to Whois. The administrative contact is Mark Ronconi of Business Web Marketing of Upper Killay in Swansea.

What do we glean from this? Either that Edwina Hart is on the verge of launching her leadership campaign or that a well-meaning supporter wants to make sure the ducks - remember them - are in line, just in case.

In case you were wondering, no sign yet of a Huw4Labour.com or a Jane4Labour.com.

You can stay up to date with Betsan's Blog via these feeds.

More from Wales at Westminster