Africa leads the way out of recession

Some encouraging headlines plucked from a mixed bag of projections from the African Development Bank's annual review of the continent.

- Overall, Africa's economies are projected to grow (unevenly) by 5.2% next year, making this the strongest region in the world in terms of climbing out of the global recession. East Africa is leading the pack. 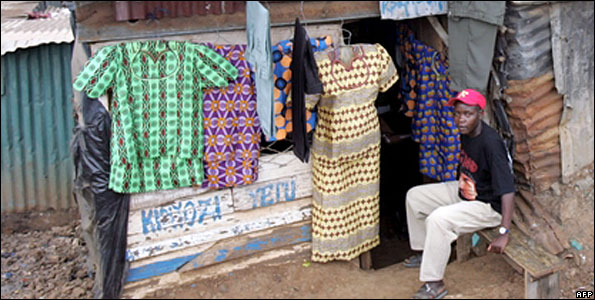 - China will double its investment in Africa in the next few years, with the establishment of manufacturing parks seen as the next big development. The Brazilians and Indians are also moving in fast.

- The global economic crisis has nudged African countries towards more concrete reform of their tax systems. This is nowhere near as dull as it sounds. A key way for African governments to shake off their distorting dependence on foreign aid is to learn how to tap more effectively into local sources of wealth. The money is there, but the political will and administrative capacity are not. I'm sure the South African Revenue Service could provide some tips...

And now for a quick statistics quiz... Which African state's GDP grew by a whopping 20.5% a year over the past decade? And who came second with 11.6%? Which government spent the most on public education? And if the Comoros is the most unequal country on the continent (according to the Gini coefficient), which is the most equal?

Thanks for your replies. The answers, in order, are: Equatorial Guinea, Angola, Lesotho and Ethiopia. Congratulations to Longoae and Ethiopiawi. I wish I could tell you that your prizes are in the post.