Last weekend the news agenda was dominated by reports from Syria of more than 100 people being massacred in the town of Houla.

For about 90 minutes on Sunday, the BBC News website illustrated its story about what had happened with a picture of shrouded bodies in neat rows, with a child jumping over one of the rows.

It's an incredibly powerful picture, bringing home the shocking aftermath of a massacre.

Except that it's not from this incident at all, but was taken almost a decade earlier, in Iraq, by professional photographer Marco Di Lauro, who works for Getty Images.

The picture was first spotted as it circulated on Twitter, the social networking site, on Sunday, apparently sourced from activists in Syria, triggering our process for checking user-generated content.

Efforts were made to track down the original source and, having obtained some information pointing to its veracity, the picture was published, with a disclaimer saying it could not be independently verified.

However, on this occasion, the extent of the checks and the consideration of whether to publish should have been better.

It was a mistake - rectified by the removal of the image as soon as it was spotted - and we apologise for it.

Fortunately, such mistakes are very rare. BBC News has a strong track record of using content from non-traditional sources, and of stopping numerous examples of incorrect material making it to air or online - but it does underline the need to handle such material with great care.

Chris Hamilton is social media editor for BBC News. You can find him on Twitter @chrishams

BBC London and the mayoral campaign 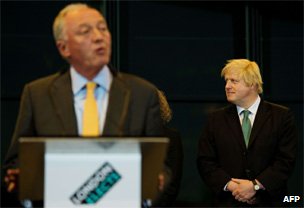 Local politics is the lifeblood of our democracy. In a big city like London it's also big political business, responsible for issues like transport and policing that affect millions of lives.

Local politics in the capital, like its national big brother, can be a tough old business. Nowhere does this apply more than in the political rough and tumble around the London Mayor and the city's assembly. To add to the mix, the two mayors to win so far are politicians with a strong national profile in their respective parties, and a sometimes tricky relationship with their respective leaders.

In these circumstances it is the job of the BBC to analyse as impartially as possible what is going on - and that can ruffle feathers.

The Guardian on Monday carried a story about how Guto Harri, the recently departed director of communications for Boris Johnson, tried to influence the screening of an interview on the Politics Show with the Mayor's biographer Sonia Purnell.

It is part and parcel of any political campaigning that the BBC comes under pressure from one side or another about their treatment, and Mr Harri's intervention was by no means unusual. It's pressure we resisted robustly at the time.

BBC London is not alone in focussing on the details of London politics, but we do have a responsibility to try to get it right. Boris Johnson is a larger than life character who is viewed by some of the papers, and some in his party, as a potential leader-in-waiting. He attracts acres of coverage in the national media, little of which concerns the detail of his day job. This means that BBC London sometimes finds that it is asking uncomfortable questions that go into a level of detail that the mayor and his advisers, like many other politicians, may find inconvenient.

It was one such question - a perfectly legitimate inquiry about the approach Mr Johnson took to commercial sponsorship - which caused the mayor to use the F-word on air about our political editor Tim Donovan.

Donovan was asking the question not because he had a hidden political agenda but because he rightly believed it was a matter of genuine public interest. The commercial deal in question happened to involve News International at a time when that that company's activities were coming under increasing police scrutiny. The mayor has to ride many horses: as well as batting for the city, he is charged with holding the Metropolitan Police to account.

Equally, Ms Purnell's biography raised some pertinent points about the mayor's style and when it was published last October it was reasonable to offer her an interview on the regional section of the Politics Show.

But it is ridiculous to suggest that BBC London takes a view one way or the other about which politician holds the mayoralty. We asked tough questions of Ken Livingstone during his term in office, many of which he didn't like either. That does not mean it was wrong to ask them. As you would expect of a political editor, Donovan broke a number of stories (including the existence of Ken Livingstone's three additional children, and allegations of corruption against one of his aides) that the Livingstone team would have preferred did not see the light of day.

Our audience research suggests that the BBC is the most trusted of all sources news and that trust - which we value above all else - is born from being independent, impartial and accurate.

The BBC is owned by all its viewers, listeners and online readers. Their opinions cover the whole political spectrum and BBC News has a duty to pose the questions they want answering. Politicians are passionate and for the most part honest public servants.

But those who represent political parties have, almost by definition, the most committed point of view, and it is they who tend to shout loudest when confronted with the reality of impartiality.

The BBC, like other broadcasters, has a well-established process in place for dealing with police requests for untransmitted footage. Put simply - we require requests for such material to be made through the courts.

We have to consider in each case whether an order is justified and occasionally we conclude that it isn't and that it's necessary to challenge it. On Thursday a successful challenge was made which led to a significant ruling from the courts which fundamentally reinforces the independence of news organisations from the police. 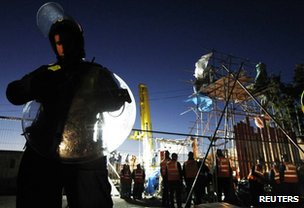 BBC, SKY, ITN, Hardcash Productions and freelance journalist Jason Parkinson went to a Judicial Review to overturn a decision by Chelmsford Crown Court to grant a wide-ranging production order to hand over all footage from the Dale Farm evictions to Essex Police.

In this case the order was so wide ranging it amounted to a fishing expedition. We believe journalists must maintain their independence, must not be seen as evidence gatherers and must not have their safety compromised. There is a real concern that our crews would be prevented from doing their job if the subjects they were filming thought the material was inevitably going to be passed onto the police. All of these things would be undermined by the courts agreeing to unfocused and speculative applications for footage.

The broadcasters won the challenge and the footage as requested won't now be released.

But, more importantly that that, today's guidance makes it clear that applications must be supported by proper evidence, must be focused and proportionate and the court has acknowledged that the over-use of production orders may make it harder for the press to do its job.

This won't change the way we deal with such requests in the future - our processes are tried and tested and designed to protect the independence of our journalism and the safety of our staff, whatever the subject of the footage. This remains an important principle and one which we will continue to take very seriously.

But the BBC, and other broadcasters, have been getting an increasing number of such police requests, which most people hear little about as they pass through the courts, and this ruling will significantly benefit both news organisations and our audiences.

Fran Unsworth is head of Newsgathering at BBC News.

Today is World Press Freedom Day and during recent days we have learnt that BBC World News, our 24/7 international news channel, has been jammed by Chinese authorities during stories they regard as sensitive.

This deliberate electronic interference of the channel's distribution signal is just the latest in a long line of examples to block our impartial news and prevent it reaching audiences.

The BBC's Chinese language website has been consistently blocked in China, apart from a brief respite during the 2008 Beijing Olympics, and our radio broadcasts in Mandarin were historically subject to persistent frequency interference for decades.
And these issues are certainly not just restricted to China.

In November, BBC World News was taken off-air in Pakistan by cable operators for broadcasting a documentary entitled Secret Pakistan.

BBC Persian TV has suffered deliberate interference to its broadcasting signals intermittently since its launch and the online service has consistently been blocked.

Other international broadcasters including Deutsche Welle and Voice of America have also been subject to deliberate electronic interference by the Iranian authorities.

In addition, in recent months, new tactics have been introduced which should be of deep concern to all those who believe in a free and independent international media.

This includes the intimidation of the families and acquaintances in Iran of BBC Persian's London-based staff. All journalists should be allowed to operate freely and any attempt to intimidate those known to them, is very concerning.

We strongly condemn these acts of censorship and harassment. The BBC has a long history of standing up to these attempts to prevent access to free media. This includes working closely with other international broadcasters to highlight these issues and encourage concerted international action.

We would again urge the countries where jamming, censorship and harassment emanates from, to stop these restrictive practices.

It is also imperative that the global community is doing all they can to counter attempts to block authoritative news.

The challenges that our international journalists face have never been so many and varied.

The BBC will continue to represent the voice of free media where there is no other access to fair and authoritative news - be it because of suppression and persecution of journalists, a growth in state sponsored media or attempts to jam or censor our news.

Today, on World Press Freedom Day, we repeat the call on international governments and the relevant regulatory bodies to put maximum pressure on those who seek to block access to trusted and independent news.