The challenges of reporting Gaddafi's death

When the end came, it came very suddenly. For months, the Libyan rebels, supported by Nato, were striving to end Muammar Gaddafi's rule in Libya. For weeks that goal seemed to be coming closer, but for many Libyans a tantalising question remained: where was Gaddafi? For days, attention has been on his hometown of Sirte, where Gaddafi loyalists held out. Then yesterday, Sirte fell and suddenly, unexpectedly, Gaddafi was found. A dramatic news day, which posed many challenges. Our continuing commitment to coverage of Libya means we were able to provide on the ground reporting from Sirte. We are the only UK news organisation to have had a permanent continuous presence in Libya since February and yesterday, our correspondent Gabriel Gatehouse was the only UK broadcaster in Sirte as Gaddafi was killed, able to provide first-hand reporting of what happened, carefully piecing together the day's events. We gained big audiences for our coverage yesterday across platforms. 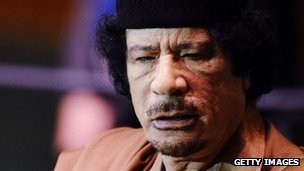 It was a confusing story. This posed another challenge. In the age of mobile phones, footage of the capture of Gaddafi soon started to emerge. We could not always be clear of its origins so it was important to make what checks we could and then be very clear with our audiences what we'd been able to verify and what we hadn't. The other challenge was posed by the nature of the footage itself - very graphic, some of it showing Gaddafi alive but manhandled and bloody and other footage and stills showing his dead and bloodied body. We judged that it was right to use some footage and stills, with warnings about their nature. Part of yesterday's story, especially in the first hours, was the swirl of rumour. The images of his dead body were an important part of telling the story to confirm reports of his death. Images of him alive but manhandled were also disturbing, but told an equally important part of the story about how his captors treated him and how far he himself had fallen. As the different footage emerged through the afternoon, it became an important way for us to piece together what happened - what were the circumstances of his death, did he die from wounds sustained in the fighting or was he captured alive and then shot? As different officials and eyewitnesses gave different accounts, the footage helped us share emerging photographic evidence with the audience.

We do not use such pictures lightly. There are sequences we did not show because we considered them too graphic and we took judgements about what was acceptable for different audiences on different platforms at different times of day, especially for the pre-watershed BBC1 bulletins. I recognise that not every member of the audience will agree with our decisions, but we thought carefully about how to balance honest coverage of the story with audience sensitivity. The News Channel faces a different challenge. We know that many people join the coverage through the day or only watch for a short while. For these audiences we need to keep retelling the story. But we also know that some people watch the live rolling coverage for several hours, and with the Gaddafi story this meant some repetition of the graphic images. It is a difficult balance to strike. For the website, we chose to use an image of Gaddafi's body in the rotating picture gallery on the front page. We recognise that it is hard to provide a warning on the front page and so while we felt it was an important part of telling the core story in the early stages, as time passed we found other ways to convey what had happened on the front page, with the most graphic images at least a click away and with a clear warning.

There were undoubtedly shocking and disturbing images from yesterday. But as a news organisation our role is to report what happened, and that can include shocking and disturbing things. We thought carefully about the use of pictures - which incidentally we used more sparingly than many other UK media - and I believe that overall they were editorially justified to convey the nature of yesterday's dramatic and gruesome events.

Update 24 October: Steve Herrmann, editor of the BBC News website, adds: "Some of the comments in response to this blog post relate specifically to the News website, so I thought it would be worth a brief addition. We included a picture of the dead Muammar Gaddafi on our front page for some of Thursday afternoon, and to those who were shocked by this, we are sorry for any distress it caused. We are working on ways to ensure that we can give appropriate warnings on our website when we think images from the news are especially disturbing."

Mary Hockaday is head of the BBC newsroom.