Few news organisations can now doubt the crucial role social media plays in breaking down barriers to engagement, opening up newsgathering networks, and as an outlet for journalism. 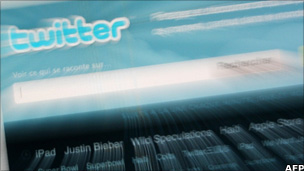 Sometimes there's still a sense of risk, especially around staff use, which has prompted different responses from different organisations. At the BBC, guidance for all its employees has previously been published covering official use of social media and personal use.

Today we're publishing our guidance for staff in news [66.8KB PDF] (in fact a refreshed version of guidance we've had for a while), which goes into a bit more detail to cover issues specific to our news operations.

There are a few rules but it's mainly suggestions, reminders, best practice and housekeeping. The aim is to help people get the best out of social networks and tools, working within the BBC's editorial values that are at the core of our journalism.

We think it's important to be open about what we're doing in this area. To pick out a few key points that might be of interest:

• The guidance is based on common sense, the section on personal activity starting with the phrase: "Don't do anything stupid". It goes on to say - among other things - that you shouldn't say anything that compromises your impartiality or sound off "in an openly partisan way".

• We label the Twitter accounts of some presenters and correspondents as "official" - and are also today publishing some specific guidance for them [64KB PDF]. This activity is regarded as BBC News output and tweets should normally be consistent with this, reflecting and focusing on areas relevant to the role or specialism, and avoiding personal interests or unrelated issues. A senior editor keeps an eye on tweets from these accounts after they're sent out.

• Finally, we remind people that programme or genre content - like @BBCBreaking and BBC News on Facebook - should normally be checked by a second person before it goes out. The guidance also urges people to think carefully about the practicalities and editorial purpose of this activity. It shouldn't be started "because it's what everyone does these days".

The guidance we're publishing is not set in stone. It will change as the digital and social media landscape changes - hopefully as fast.

For now, as it is, it aims to strike the right balance for us and to help our journalists engage, gather news and spread their journalism.

Chris Hamilton is BBC News's social media editor. You can find him on Twitter @chrishams