The latest Conspiracy Files documentary explores the many stories about Osama Bin Laden's supposed illness and even death. 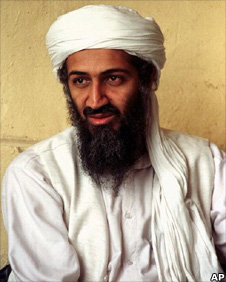 What is immediately apparent is the lack of intelligence about Bin Laden. We hear from the man who was tasked by President Obama to review US policy in Afghanistan and Pakistan.

The former CIA officer Bruce Riedel has seen the intelligence on Bin Laden and his blunt conclusion is that "there is no trail any more".

Riedel, who has advised three US presidents, admits that despite the biggest manhunt in history "we haven't had eyes on target now in over eight years... and we don't have a clue where he is."

Nowadays, if there's a situation where there's no certainty, in jump the conspiracy theories.

Over the last eight years, Osama Bin Laden has become shrouded in myth and rumour.

There have been reports from some leading news organisations suggesting Bin Laden has been seriously ill with kidney disease and even some claiming that he is dead.

The leading French newspaper, Le Figaro, and Radio France International reported that Osama Bin Laden was given emergency kidney dialysis in the American Hospital in Dubai, a few months before 9/11.

CBS ran a story on their main evening news suggesting that Bin Laden was given kidney dialysis at the Pakistan Military Hospital in Rawalpindi, on the day before 9/11.

Often these reports emanate from smaller newspapers, such as one in the Pakistan Observer, which claimed that Osama Bin Laden had died of a lung complication during the battle for Tora Bora at the end of 2001 and was buried there in the mountains of eastern Afghanistan. That report was then picked up around the world.

Such stories might once have slowly faded from view but now the internet stores them and endlessly recycles them. Years on, the stories are presented as fact, without any checks.

The hospitals in Dubai and Pakistan both deny the stories without reservation. Both have investigated the reports and checked their records.

Robert Baer spent 21 years working for the CIA as a case officer in the Middle East, with postings in Sudan, Lebanon and Iraq. He is surprised by how little is known about the world's most infamous terrorist but he's scathing about the reports of Bin Laden's kidney illness.

"He's probably in the same bed next to Elvis Presley. You can't hide something like that in Dubai," says Baer.

"It's the crap you read on the internet that people believe in," adds the experienced former CIA officer.

The editor of the Arabic newspaper Al Quds, Abdel Bari Atwan, interviewed Bin Laden in Tora Bora back in the 90s. He is critical of those who stay in their office and don't get out to research stories about Osama Bin Laden and al-Qaeda.

But there's an immediate rejoinder from the sceptics. David Ray Griffin, a retired philosophy professor in California, has written a book suggesting there is good evidence that Bin Laden is dead. He questions the motives of officials and former officials who contradict his theory:

Griffin's previous book suggested the American government could be responsible for 9/11.

Now he speculates that US military intelligence could be faking Bin Laden's recent video statements to keep an evil bogeyman alive and to help justify the so-called war on terror in Afghanistan, Iraq and back at home.

He thinks the "military-industrial complex" has ample motive for this grand conspiracy in the huge sums that have been spent. Afghanistan alone has cost the US $240bn.

The CIA case officer, Robert Baer, dismisses those suggestions of conspiracy theories involving the US intelligence, but he does question whether Bin Laden is still alive: "The problem is nobody's convinced me he's alive."

Baer questions the veracity of some of the recent Bin Laden videos. Instead though, he thinks it is in the interests of al-Qaeda to fake the tapes to pretend their icon is still alive.

But perhaps the last word should go to the last journalist to interview Osama Bin Laden, back in November 2001.

Hamid Mir, now the executive editor of Geo TV in Islamabad, says Bin Laden is still alive and the secret of his survival is that he is "much cleverer and wiser than the American intelligence". And he warns: "we should not underestimate him. All these conspiracy theories are actually helping him."