Recently, some of you have been in touch about how we report casualties in Afghanistan, some of those messages following Jon Williams' recent post here on the death of British journalist Rupert Hamer.

As a response, my colleague Caroline Wyatt, BBC defence correspondent, has written a post on our reporting of Taliban casualties. 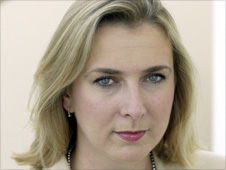 In our coverage of Afghanistan, we at BBC News do not generally report the numbers of Taliban or insurgent casualties and fatalities, because there are no reliable or verifiable source figures available.

Without accurate figures, any estimates or reports would be speculative - and likely to be inaccurate.

We do, however, report the deaths of British service-people and of servicemen and women from other nations within the Nato-ISAF coalition, as well as the number of injured when those figures become available, because reliable figures are released regularly by Nato and the individual coalition members.

The BBC also reports civilian casualties within the conflict in Afghanistan, while trying to make clear that it is often difficult to gauge exact numbers, and that those numbers may change with time as initial reports of civilian deaths are more closely investigated.

Within more remote provinces of Afghanistan, reliable numbers may be unclear for some time after the original reports of deaths are reported or made public.

Any apparent inconsistency in the reporting of deaths resulting from the military campaign in Afghanistan is not the effect of bias on the part of the BBC or its correspondents or editors.

It reflects the fact that it is Nato policy not to deal in "enemy body-count" in Afghanistan, for a variety of reasons.

Nato says that it does not "keep body-counts" of insurgents killed by coalition forces because it "does not regard 'body-count' as a metric of progress", and it believes the number of insurgent deaths or injuries "does not equal success" in a counter-insurgency campaign the main stated aim of which is now to protect the Afghan people.

Nato and its individual coalition partners do, however, release news of each ISAF nation's own military fatalities to each nation's media - hence the reporting of Nato casualties.

Nato says the Alliance does so because it believes that a free press is one of the central tenets of democracy, and that the public in every troop-contributing nation has the right to that information on its armed-forces activities.

The only exception is that Nato will, from time to time, release information on what it terms "high-value targets", when members of the insurgent leadership are targeted - information which the BBC reports.

BBC News endeavours to report the conflict in Afghanistan fairly and impartially. Without accurate figures on Taliban deaths being made available, we are unable to report those with any degree of certainty - and so prefer not to mislead with guess-work.