From today users of the BBC News website will start to see a slight change in some of our headlines on stories.

In some cases these will be longer than they are now, to allow us to spell out in more detail what and who the story is about. This is so that people using search engines to look for the story can find it more easily.

That's probably enough detail for anyone who's read this far. But if not, and you'd like to know more about why we are doing this, please read on... 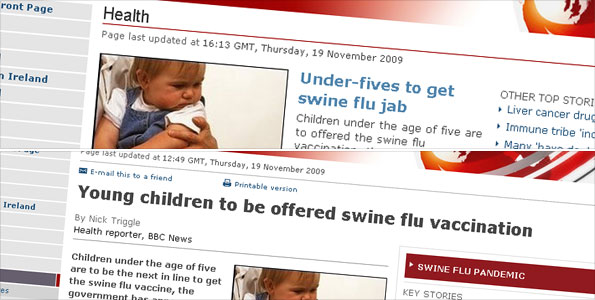 The practice of "search engine optimisation" - making content in such a way that it is easily retrieved via search engines - is an important area for us and for others across the web.

A growing number of users come to stories on the BBC site from places other than our own front page - for example search engines, other sites, personal recommendations, Twitter or RSS feeds.

So our developers have done a bit of work to allow journalists the scope to create two headlines for a story if they want to - a short one which appears on the front page and our other website indexes, and a longer one which will appear on the story page itself and in search engine results.

The front page headlines will remain limited to between 31 and 33 characters and will continue to appear on Ceefax and Digital Text, as they do now, along with the top four paragraphs of each story.

The space constraints on those platforms mean that on the website the headlines have always been short - which, it has to be said, also has its merits, making them easy to scan and fit into lists. They will also continue to appear on mobiles.

The new longer headlines will be up to 55 characters (with spaces) and will aim to include any key words which we might expect a search engine user to type in when searching for news about that particular topic.

So, for example, the difference between a longer and shorter headline version might be as simple as: "Queen's speech: Brown draws election battle lines" instead of "Brown draws election battle lines". Or "Possible counter-bid for Cadbury" might become "Ferrero and Hershey in possible counter-bid for Cadbury".

None of this should affect the way you can use the site once you are here, but hopefully it will make it easier to find our stories if you are somewhere else.