The bombings on 7 July 2005, which killed 56 people and injured 784, England's worst terrorist atrocity, are the subject of one of the most difficult programmes in the Conspiracy Files series. Difficult because it is still an understandably sensitive subject for survivors and relatives of victims. 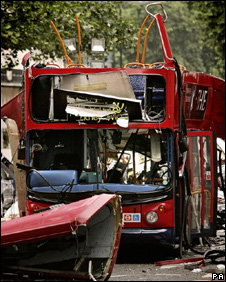 But I also think it is important to investigate the conspiracy theories that continue to develop around 7 July attacks, because they play on the fears of the Muslim community and spread a highly divisive and damaging message. The programme carefully and analytically works through the allegations and the evidence to separate fact from fiction.

There have been three official reports into the bombings. However, a host of internet films continue to scrutinise every word and every picture for signs of a hidden truth.

The programme, to be shown on BBC Two at 9pm on Tuesday 30 June shows that on one occasion one sceptic was right and spotted a significant error in the Home Office narrative. The government had to apologise for suggesting in a report, nearly a year after the attacks, that the four bombers had boarded a train which had actually been cancelled.

However, crucially the government insists the bombers were still able to get to London on time, because they caught an earlier train, which was delayed leaving Luton.

The latest Conspiracy Files programme films one notorious conspiracy video being played at the Birmingham Central Mosque and sees first hand how conspiracy theories have found favour among some Muslims.

One opinion poll by Gfk NOP for Channel 4, two years after 7 July attacks, found that around a quarter of British Muslims questioned thought the government or MI5 were involved in the bombings.

Rachel North, who survived the bomb on the Piccadilly line, tells the programme that the conspiracy theories need to be countered for that very reason:

"If people in mosques think that the Government is so antagonistic towards them that they're actually willing to frame them for a monstrous crime they didn't commit what does that do to levels of trust? That is a problem for the government and for everybody in this country."

Brian Paddick, who was Metropolitan Police Deputy Assistant Commissioner at the time of 7 July 2005, argues it is important to counteract the conspiracy theories: