When I started with Richard Bilton on our new BBC Two series about surveillance (see previous post), I knew the often-quoted statistic that the UK has 4.2 million CCTV cameras (actually, this is a very rough guesstimate made in 2002), and I knew that we have one of the largest DNA databases in the world.

What I didn't know was how relaxed the British public has been about the collection of data and how pervasive surveillance has become.

The office of the Information Commissioner runs an opinion poll every year asking people to rank various social concerns such as crime, health, unemployment and the environment. 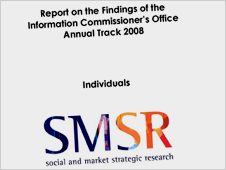 The Information Commissioner, Richard Thomas, told us that he thinks that people have now "woken up to the implications" of increasing surveillance.

So maybe things are changing. But we already have a huge network of surveillance. The big change has been the growth of enormous databases which not only record masses of information but also allow it to be searched, linked and accessed by other systems. Increasingly, modern surveillance is general and not targeted.

Take the network of number plate recognition cameras spreading across the country: a system that reads everyone's journey and holds it for two years. Of course, this is aimed at criminals and terrorists, and it has an important function - but to get them, it holds records on all of us.

And it's not just the government that's watching us; business is too. Look at all those loyalty cards that we willingly use, which record everything we buy. And look at some of Google's latest features: Latitude - where, if you opt in, others can track your location based on your mobile phone - and Street View, which allows you to look in detail around cities, but which also filmed lots of people in places where they would rather not have been seen. 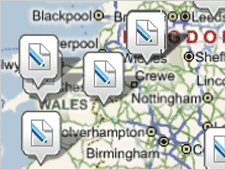 A surprising number of CCTV cameras are now provided online, openly and publicly. For the first time, we've started to put all those cameras on a clickable map of the UK. We want to build the map to show just how much is already available. So, if you spot a CCTV camera that has a public feed, please go to bbc.co.uk/whoswatchingyou and add it to the map.

This is, of course, just the tip of the iceberg. The official figures suggest that there are around 30,000 CCTV cameras operated by public authorities. Beyond that, there are hundreds of thousands - and almost certainly millions - of private CCTV cameras.

It's worth looking around to see all the unusual places where cameras have now been installed. We're also asking for your pictures of surveillance in the UK - where's the most unlikely camera?

Privacy seems to matter little until it's your privacy that's being invaded. Most of the time, surveillance is hidden and we're unaware and unconcerned about just how much there is.

Who's Watching You? delves into that secretive world to see just how much surveillance there is and what it means for all of us - and your contributions are appreciated.