The events of last week show us the courage and bravery of many journalists. Outside Bush House, and across the BBC, we paid our respects to our two colleagues who were killed in Afghanistan and Somalia in the space of just two days. This was terrible news for so many of us, but it reminds us of so many others who have also given their lives in seeking and telling the truth to audiences around the world. 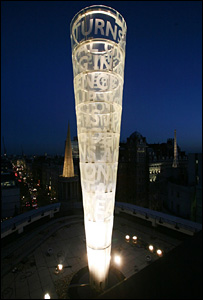 Today, 16 June 2008, sees an iconic new sculpture about to light up London's night skyline. The BBC will be unveiling a major work by Jaume Plensa - Breathing - an exciting and innovative light sculpture on the top of the new wing of Broadcasting House, dedicated to the memory of journalists around the world who have lost their lives.

Attacks on journalists and others working in news continue to increase, with more than 1,000 killed in the past 10 years. In 2006, the UN Security Council adopted Resolution 1738, which condemned acts of violence, including deliberate attacks, in many parts of the world against journalists, media professionals and associated personnel in armed conflicts, and called on all parties to put an end to such practices.

The BBC, as the world's leading public service news broadcaster, is strongly committed to the safety of journalists. We recognise the Resolution and today's inauguration of the light sculpture is our recognition of the lives of so many killed. Ban Ki-moon, Secretary General of the United Nations, will be unveiling the sculpture tonight.

You can find out more on the memorial website. 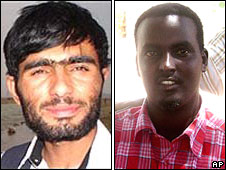 As we remember once again Abdul Samad Rohani and Nasteh Dahir Faraah, please join me in thinking about those who have died and all the journalists who today are working in some of the most dangerous places in the world to tell the story to the world.