You may have noticed that BBC News on TV has a new look. BBC News network, nations and regional output on BBC1, BBC News 24 and BBC World have changed. I'd like to explain the changes and ask for the reaction of viewers.

We know from audience research and feedback that BBC News is widely consumed and generally appreciated on our many outlets. But in a world where news is increasingly available on a variety of platforms from many providers, we'd like to make sure that BBC News is recognised whenever you come across it.

We have asked members of the audience about the key things they associate with us. The characteristics that emerged were - the phrase "BBC News" itself, our distinctive music (by David Lowe), the globe, the colour red, the clarity and accuracy of our news services. We have taken those well-established attributes and emphasised them further and consistently in a set of designs that will apply across all of the BBC's core news services - on TV across the UK and on the internet. 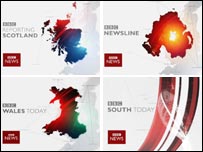 We employed the internationally respected designer and brand expert, Martin Lambie-Nairn, as creative director on the project. His team, in collaboration with our BBC design team led by Paula Thompson, has produced a look which we hope conveys what you said BBC News is about - clear, unfussy, direct, straightforward and fresh. It's not intended to be a massive visual change, but an evolution and clarification of what we are about, to enable audiences to recognise BBC News whenever and wherever they receive it. 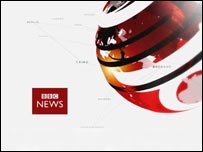 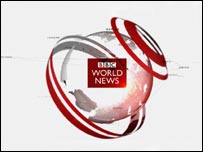 On the web, we recently introduced an element of the new look in the globe on our red masthead. These changes were described previously by my colleague Steve Herrmann, editor of this site. Your feedback on that has led to a number of tweaks being made and we are working on further alterations as a result of your comments. We'd really like to know what you think about our changes and I'll respond to your comments.