What inspiration for poets does Scotland provide?

Poet Mick Imlah was recently diagnosed with motor neurone disease and after twenty years of silence he has published The Lost Leader. 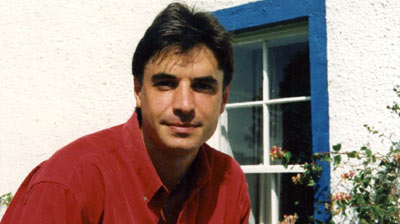 Having already won the Forward Prize for his new collection, Imlah has also been nominated for the T.S Eliot prize. In this week's programme poets Andrew Motion and James Fenton, praise Imlah's spikey, funny, honest poetry which deals with Scotland and Scottishness.

Get a taste of Imlah's new collection with our web exclusives. The first performance is an extract from 'Domestic'. Imlah explores the personality of the Highland Terrier using it as a metaphor for noble Scottish characteristics. The second poem 'Past Caring' is read by James Fenton and it follows the thoughts of someone as they empty the flat of an alcoholic friend.

Tell us what you think of Imlah's comment on Scotland, and what would you write about where you come from?

In order to see this content you need to have both Javascript enabled and Flashinstalled. Visit BBC Webwisefor full instructions