Helen has a baby by donor insemination 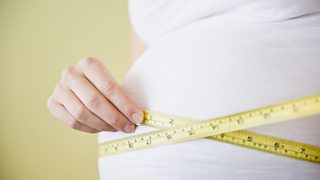 As Helen shares perhaps too much information with her new boyfriend Jonathan, here’s a reminder of how she decided to have a baby on her own – and how it drove a wedge through the family.

Helen Archer’s desire for a baby started to surface in 2010.

Helen had been looking after Annette, the wayward daughter of Helen’s former partner Greg Turner. When Annette became pregnant, Helen was ready to help her bring up the child. But after Annette had an abortion and left to live with her grandmother, Helen’s need to nuture was left unfulfilled.

Helen had not had a lot of luck with men, but she wasn’t going to let that get in her way. In February, she shocked her family by announcing that she planned to have a baby by donor insemination. Tony and Tom thought to bring a baby into the world without a father to share the burden was a mad idea – and said as much, to Helen’s upset.

After a long talk with her daughter, Pat finally accepted that Helen was not just reacting emotionally to the loss of Annette and Helen’s previous boyfriend Leon. But while Pat accepted and supported the plan, Tony was still vehement in his opposition.

As Helen started the process with the fertility clinic, her friend Ian Craig became her main male support. Finding that Helen’s body mass index was a little low, the clinic encouraged her to put on a few pounds. This alarmed Tony, because Helen had suffered with an eating disorder after Greg had killed himself.

Although the plan was known only to a few people at this point, Helen’s cousin Kate Aldridge discovered medical literature at Helen’s flat. She strongly urged Helen to think carefully before voluntarily becoming a single mother.

In March, Helen received a setback. Because of a change in the law, which gave a child the right to know the father’s identity at the age of 18, the availability of donor sperm had reduced. Tony was pleased to hear that Helen would have to wait at least six months. He hoped that it would give her time to come to her senses. In the interim, he ham-fistedly tried to set her up with a man – Patrick Hennessey from the local wildlife trust.

But Helen was soon jubilant at the news that the clinic had had a cancellation. She went for treatment on 11 May, and on 26 May told her parents she was pregnant. Despite Helen’s obvious joy, Tony could not pretend he was happy at the news.

Helen started the usual ante-natal procedure, and in August announced the news to the wider community, via village gossip-hub Susan Carter. Helen’s grandmother Peggy sided with Tony, agreeing that while they would support Helen, they didn’t believe she’d made a wise choice.

In September, Helen realised for the first time that she could not control everything about her pregnancy. Faced with the ‘triple test’ for Down’s syndrome and other chromosome abnormalities, she started to panic. She was bolstered by her friend and employee Kirsty Miller – and by Tom, who had finally come around to a more supportive position.

The test showed a low probability, and Helen resolved not to worry about things that she could not control. But her family were concerned about her punishing work schedule and gruelling exercise regime – and by how little she appeared to be eating.

Despite her protestations that all was fine, things came to a head on 26 November, when  distraught Helen confessed to Pat that the baby was ‘small for dates’. Pat reassured Helen that she would not have harmed the baby. But with advice from midwife Amy Franks, and support from friends and family, Helen managed to ease off a bit.

The relationship with her father was still tense, though. As Ian decorated the nursery in her flat, Tony’s studied attempts at rapprochement failed badly, making for an uneasy Christmas period.

But all was to change on 2 January 2011. While at a party at Lower Loxley, Helen developed a bad headache and swollen ankles. At Amy’s urging, Tony and Pat rushed Helen to hospital. The doctors diagnosed pre-eclampsia and delivered the baby by emergency caesarean. Tony’s concern for his daughter’s life flushed all his judgemental feelings away.

As Helen introduced Henry Ian Archer to his relieved and delighted grandparents, she and Tony were reconciled.