Helen faces two charges, Attempted Murder and Wounding With Intent. Given it is a fact that she stabbed Rob, what chance is there she could walk free?

It all hangs on the defence of Self Defence, and this big question: When Helen stabbed Rob did she honestly believe he was about to attack Henry? If the jury accept this, then they should find her Not Guilty on all charges.

Self Defence is about what Helen truly thought at the moment she acted, not whether Rob was actually going to harm Henry. It's up to the Prosecution to prove to the jury that Helen didn't honestly believe Rob was going for Henry, that she made it up as a convenient cover story.

Strictly speaking, Helen and Anna Tregorran, don't have to prove anything, as the burden of proof lies with the Prosecution. However, Anna will want to present as much evidence as possible to show Helen's belief, that Rob was dangerous, as entirely plausible. This is why Anna has been so keen for Helen to tell all about Rob's abusive behaviour, on the night and in the preceding months.

The second question is: Did Helen use reasonable force? The defendant isn't expected to have weighed the level of force 'to a nicety' in the heat of the moment. Don't forget, though, that Rob sustained more than one serious stab wound. For Attempted Murder the prosecution barrister, Julian Bywater, has to prove to the jury that Helen stabbed Rob with the intent to kill him. For the lesser offence of Wounding With Intent he'll need to show that she meant to cause Rob really serious harm.

As for the Jury, they should be sure that Helen was not acting in Self Defence if they are to find her Guilty of either offence. If there is any doubt in their minds they should find her Not Guilty.

To reach a verdict they will have to weigh up two very different versions of that night, and that marriage. Will they believe Helen, or Rob? 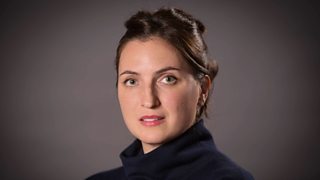 Helen could face a long prison sentence if found guilty.