“I bet Rob's favourite film is Kind Hearts and Coronets.” The Archers Listener Discussions to March 1 2015

The reverberations from David’s last minute change of heart continued to shake his marriage to Ruth, Mike had a bit of a sing-song and Rob found a surprising ally…

David’s decision to call off the sale of Brookfield infuriated Ruth, and their arguments caused similarly strong reactions among listeners

I think Deevid’s wise not to explain about the toy farm. Because I don’t think that would help Roof’s mood [@lomelindi12 on Twitter] 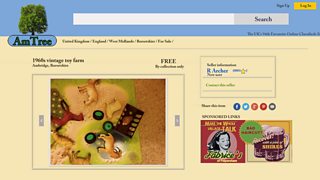 I've sort of accepted that I have to live in France because I'm married to a Frenchman who has a better job than mine. I see Ruth's point but real life sometimes takes over. [Stephen Mole on Facebook]

Hayley had to explain to Phoebe that she would not be moving back to Ambridge, and Mike visited a stunned Roy

I think Phoebe may be on a mission (once she has trained her father not to call her Feeebs) with Mike (love Mike) to get Roy and Hayley back together (I've come over all Taylor Swift). Not that Roy deserves a second chance until he has tidied the house and changed out of his pjs. [Philippa Vereker on Facebook]

Disgusting Roy, past 10:30 and still in your PJs *sits listening to #thearchers in pjs* [@LucyLyons on Twitter]

Fantastic script writing for Phoebe all through this storyline. Was exactly how I felt when my dad had affair. #accurate [@musiquesoul on Twitter] 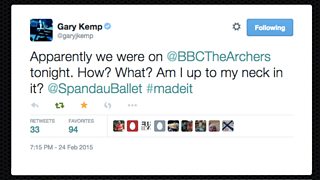 And prompted this week’s Saturday Question on Facebook. Which Ambridge resident should be added to Fallon’s karaoke list, and what would they sing?

Rob ‘I put a spell on you (and now you’re mine). Mwhahaha. [Roz Matterface on Facebook] 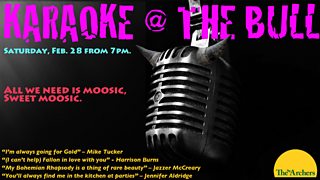 Roy - I´m Getting Sentimental Over You

Elizabeth - It Was Just One Of Those Things

Ruth and David - We Didn´t Start The Fire

Jill and Carol - Tea For Two

Ian and Adam - Be Careful, It's My Heart. [Maarten van Den Heuvel on Facebook] 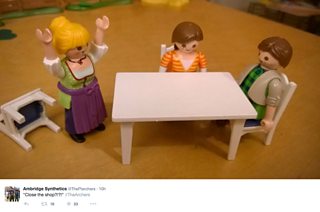 I do wonder if the people who criticise Helen for not wanting a job outside the home are the same as those who criticise Ruth for not being a home-maker. [Ginny Graham on Facebook]

I rather hope that when Rob hears that Tom agrees with him he will immediately feel suspicious and encourage Helen to change her mind ..... again. [Jean Bell on Facebook] 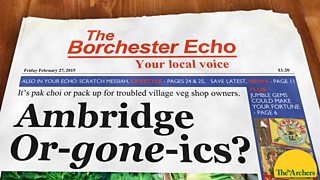 And finally, this is a VERY good idea:

BBC should make a 'prequel' where the #archers is set in the middle ages. [@Lizard_UK on Twitter]

Will Troughton on Tom Archer