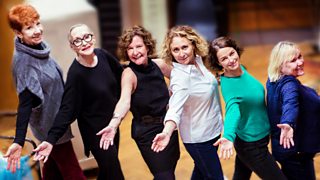 Calendar Girls cast in the studio

This version of Calendar Girls is the radio premiere of the story that took the world by storm as a successful film and a hugely successful play.

A group of friends from a Yorkshire WI join together to raise money by posing naked for a charity calendar. In doing so, they test their friendships and the boundaries they each have set themselves.

Calendar Girls was first broadcast on BBC Radio 4 on Sunday 27th December at 7:15pm, and again on Monday 28th December at 2:15pm.

Sian Phillips starred in the production and shared her delight:

“Had I been asked to name a most wonderful, surprising Christmas gift never could I have conjured up an invitation to spend Christmas in Ambridge. When I heard those words I cried an immediate and joyful ‘Yes!’ After all I'm at home in Borsetshire... What a gift!”

“There were so many parallels between this story and our characters’ lives in Ambridge - the 100th anniversary of the WI, Lynda’s annual Christmas play - and the fact that Calendar Girls is one of the most popular plays with amateur drama groups in the UK - it seemed like an extraordinarily good fit.”

Here's a photo of the cast in studio rehearsing a bit of singing - and responding to one of the lighter notes from Sean. 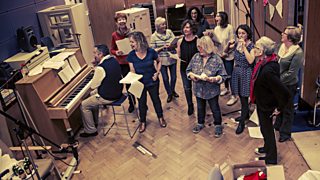 Find out more about how Lynda secured permission to stage Calendar Girls.