Gadgets of the Noughties

Just before Christmas I spent a very enjoyable day at home playing with gadgets with two technology pundits. Yes, I know it doesn't sound arduous, but it was work - we were filming a report for BBC Breakfast on the gadgets of the Noughties.


We went to some effort to assemble a collection of devices dating from around 2000 to help us illustrate how much has changed. So we had a Psion Revo, a first-generation iPod, one of those Nokia "Matrix" slider phones, and the first Canon Ixus digital camera.

To someone as old as I am, 2000 seems like yesterday, so I was amazed to find how antique these gadgets felt. The iPod was a chunky brick, with no colour screen, the camera provided two-megapixel snaps at an outlandish price and the phone seemed incapable of going online or updating my Facebook. 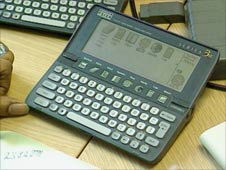 Mind you, the Revo still looked like a very capable mini-computer, the kind of device that might have one day evolved into a multimedia tablet. I had a series of Psion organisers and I remember making a far-sighted piece at the end of 1999 predicting that this fast-growing British firm might put the wind up Microsoft over the coming decade - well, we all make mistakes.

We asked Stuart Miles of Pocket Lint and Kat Hannaford of Gizmodo to think back to 2000 and try to remember what really excited them then about technology. Kat, who was 14 and living on a remote farm in Australia, was gripped by gaming:

"The Playstation 2 was coming out, but I had to wait a bit because it was quite expensive. And then there was the internet, which we didn't get until later that year."

Stuart, who was 24 and working as a technology correspondent for the Times, had just got himself an APS camera - which turned out to be an interim technology:

"Digital cameras were just starting to make their way onto the scene - 1 or 2 megapixels and very expensive - but the possibilities seemed endless."

In the last decade, we've seen all sorts of technologies become obsolete as the pace of change has accelerated. 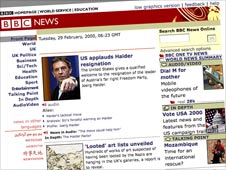 The cathode ray tube is becoming a distant memory for many as televisions have become flatter, bigger, and high definition. VHS has disappeared from most living rooms, to be replaced first by DVD, and perhaps now by Blu-Ray (though that too looks like an interim technology) and increasingly by IPTV such as the iPlayer. Big music systems with CD players and separate amplifiers are also vanishing quickly, with docks for portable players and streaming music devices popping up in many homes. And of course, more and more phones are now smartphones, with users rushing to install applications that help them run their lives or simply enjoy themselves on the move.

But, I asked my two pundits: if you had to choose a gadget of the decade, what would it be?

After a certain amount of umming and ahing, Stuart Miles came up with two:

"For me, it's either the launch of the Canon 300D - the first sub-£1,000 digital SLR camera, or the launch of Sky+ - as it's changed the way I watch television and freed me from the schedules."

For Kat, though, the real advance is the advent of high-definition technology:

"It's revolutionised all aspects of home entertainment. With the introduction of flat-screen HD TVs, the Blu-Ray format and subsequent players, and consoles like the Xbox 360 and PlayStation3 capable of playing the most brilliantly-detailed games, the quality of home viewing has changed forever."

Well, my two gadget pundits are very knowledgeable - but I'm afraid they're also both completely wrong. The "gadget" of the decade has to be the one thing that has made every other development possible - broadband. 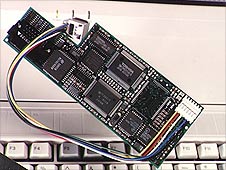 We started the Noughties listening to that annoying dial-up noise as we connected to the net at 56kbps; we ended it with nearly three quarters of British homes enjoying a permanent connection at up to 50Mbps, and increasing numbers able to enjoy mobile broadband at speeds home users would have killed for in 2000. We may moan about unsatisfactory broadband services, and look enviously at countries like South Korea - but living in a connected world became a reality in the Noughties.