Freemium: Can Spotify learn from Evernote?

As companies struggle to find an online business model that doesn't involve giving their product away and hoping that advertising will pay the bills, the term "freemium" has become all the rage.

It means allowing users to start with a free service, then trying to persuade them that if they pay they'll get something much better.

This is an idea which a number of newspapers are now trying out, but Spotify, the streaming music service, is probably the best-known technology firm to adopt the freemium model.

It's grown rapidly by offering a free service supported by advertising, while trying to convince users they'd be better off upgrading to a £9.99 per month subscription by offering bonuses such as mobile applications and better quality tracks.

But how well is this working? It's hard to say because while Spotify is quite keen to shout its overall user numbers from the rooftops, it's less eager to break out how many are actually paying customers. 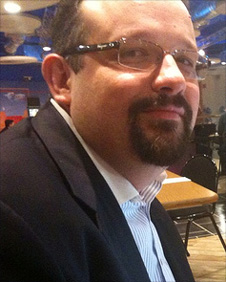 Which isn't the case with Phil Libin, the founder of another freemium service, Evernote. Back in May I wrote about this Silicon Valley start-up which allows users to store documents, notes, pictures, audio and various other bits and bobs of our digital lives, both on its servers and on their computers and phones.

Mr Libin wasn't particularly forthcoming back then about how many of his subscribers were upgrading to the premium service - so when I met him again this week I didn't expect to learn much more.

But to my surprise he pulled up a presentation - stored in Evernote of course - with a huge amount of detail on the crucial figures. "We've decided to experiment with full transparency on the numbers," he said with a grin. "Who knows, it could be a mistake."

First of all he admitted that the few adverts that come with the free service only produce negligible revenue - making the business dependent on subscriptions, then he took me through the numbers that matter.

Hmmm - so about 1.5% are choosing to pay - that doesn't sound a very cheerful state of affairs. But Phil Libin came charging back with a series of spreadsheets and graphs telling a more encouraging story.

They showed that, of the brand new users that joined in any month around half would leave within weeks - but those that stayed would almost all remain loyal thereafter, and would be increasingly likely to upgrade.

Mr Libin rejected my idea that he should make the free version slightly less attractive to encourage users to upgrade more quickly. "We want our free service to be as good as possible because the longer they use it the more likely they are to convert."

But what really makes Evernote look like a sustainable business is that its costs are so low - nine cents (about 6p) per user per month. I was surprised that it wasn't much higher, given the cost of running an ever larger data centre.

Phil Libin explained that, while I might think of Evernote as a cloud application, much of the work is actually done on the user's computer, so that keeps the cost per user down.

Mr Libin believes the statistics he showed me about his users proved that he'd found a winning recipe: "They stay a long time, they convert more as they age, and their costs stay flat - that's what you need to make freemium work."

So can Spotify - and others - learn from that recipe?

The problem may be in the costs of growth. I wouldn't mind betting that every new Spotify user loses the company quite a bit of money, once the costs of licensing the music and streaming it are taken into account.

The question then is how many of them will upgrade to the premium service - and how long will they wait before doing so?

Evernote claims its well on the way to proving that the freemium model can be profitable. It will be interesting to see whether Spotify - or News Corp for that matter - can make it work too.