Will 2010 bring us the UK's first "internet election"?

The internet has been around since the 1970s, and the political parties started dipping their toes in the waters of the web back in 2001. But it will be the first YouTube election.

At a gathering in Westminster last night, an audience made up of parliamentary researchers, political groupies and just one MP was reminded that the video-sharing website was only founded in 2005 - too late to play a part in that year's general election.

Next year's, though, could be a very different affair.

The meeting had come to hear Steve Grove, YouTube's head of politics and news, who had come from California to spread a simple message to the good people of Westminster: the video-sharing site had a huge effect on the last US presidential campaign, and it could do the same for you. 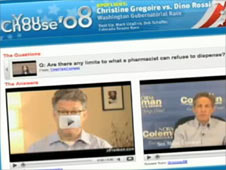 First, he showed a video featuring highlights from that 2008 campaign - from a candidate caught out when filmed on a mobile phone using questionable language, through Obama meeting Joe the Plumber, to all sorts of voters using YouTube to get their messages to the parties.

The message was that both the candidates and the voters had used YouTube and other web-based tools to bypass the mainstream media and to speak directly to each other.

By the end of the campaign, Barack Obama was getting more than a million views for campaign videos, and Mr Grove said he'd been told by US broadcasters that they'd struggled to cope with the sheer volume of content produced by the politicians.

More important, though, was the way the voters used YouTube and other social media platforms to discuss the issues, put their own messages out and engage directly with the politicians. 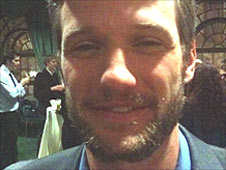 "It's not just a shrunken TV screen where you can pipe out your political commercials to a new audience," Mr Grove insisted. "It's actually a dialogue, more like a window into your campaign."

But does the American experience, where candidates have months, even years, to build up an online campaign really tell us much about what will happen in a much shorter and more intense UK general election campaign?

"When the election is called... and the 90% of people who haven't been paying attention start paying attention and go to YouTube to search for the candidates' names, they're going to quickly get a sense of what that candidate is about."

What really caught the attention of the Westminster audience was Steve Grove's list of top ten tips for campaigning with YouTube. Here they are:

3) Optimize your videos
• good title, rich meta-data, subtitles and captions
• enable syndication: embeds, Facebook, Twitter
• time of upload - hit peak hours: 10am to 2pm
• stick to one message per video, and in most cases two minutes is all you need
• be fast, be first

4) Target your audience: Insight
• use YouTube Insight to get data on what demographics and what geographies are watching your video the most
• also discover how they're finding your videos - through search, related videos and so on

5) Test your message
• listen to comments, rankings, video responses: use YouTube as an automatic focus group

6) Ask for ideas, questions, and feedback from voters
• use existing YouTube functionality, or Google Moderator

8) Drive action to your cause
• buy Promoted Video credits on YouTube, and you can use a "call-to-action" overlay to drive traffic to your site

9) Kill harmful smears
• respond rapidly to smears, and use the same words in your metadata so your response comes up along with your opponents' views

10) Search every day
• keep searching for yourself and your key policies on YouTube so you're always aware of what voters are seeing.

Now, some of these ideas may not really work at all in the UK - there were some wry smiles at the obvious self-interest of number eight, where YouTube is encouraging candidates to pay up to promote their campaign websites through the site.

Given the limited resources available to UK candidates - and the far stricter rules on campaign spending - prospective MPs may be reluctant to commit as much time and money to this one form of communication with voters as their US counterparts.

All the parties are now scratching their heads and trying to work out what impact YouTube, Facebook, microblogging and the blogosphere will have on the campaign, though I have the impression that most MPs still believe the mainstream media will play a far more important role.

Would there have been more than one MP, for instance, at an event on campaigning run by a newspaper group?

It's also slightly distressing that just about all of this innovation is coming out of American companies. But there is some very interesting home-grown work on putting voters in touch with the issues.

Just today, a site called Where Does My Money Go? was launched, giving all of us access to a lot of detailed information about where our tax money is spent.

So it might be a YouTube election, but it may also be a DIY affair, where smart young British web developers give voters all sorts of new ways to engage in the debate and keep the politicians on their toes.

And if you want to hear a short interview I recorded with Steve Grove, here it is: