As the year draws to a close, I've been looking back at some of the stories I've covered here, and trying to work out what 2009 really told us about technology. It's been a year which has seen Windows, Mac and Linux users all getting to play with new operating systems. It's seen the mobile web really come into its own, and more and more of us have been entrusting our data to the cloud. But above all, it's been the year of the social web, with billions of people finding new ways to communicate everything from their campaign to make Rage Against the Machine the Christmas number one, to their fury at repression in Iran. Here are a few of my highlights: 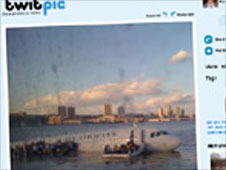 The year began with the technology world apparently deep in gloom, with Sony, Microsoft and Nokia all unveiling some dreadful results. Mind you, one company, Apple defied the recession, with sales and profits continuing to soar. Its share price however was depressed by the confirmation that its presiding genius Steve Jobs was in poor health.

This was also the month when an aircraft made a crash landing on New York's Hudson river - and a spectator Janis Krum used his phone to upload a picture to Twitter, confirming the arrival of the micro-blogging platform

This month I asked whether Spotify would change the music business. Suddenly the free ad-supported music-service was the hottest young technology business in Europe, with a whole industry hoping that its arrival signalled the moment that consumers tired of illegal downloads. Spotify has continued to blossom - though profits still seem a distant prospect - but there's not much evidence yet that music piracy is dying.

One former web star in less than rude health was MySpace. When I met its founder Chris DeWolfe at Mobile World Congress he insisted that the social network had not lost the cool factor, despite being overtaken by Facebook. But a few months later he was gone as MySpace's owner Rupert Murdoch decided to "unfriend him" in his campaign to turn round a fading business.

March: Google up your street 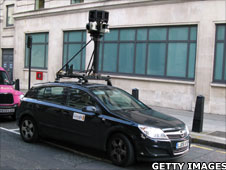 One company seemed to provide a technology story just about every week this year. In March the big Google news was the arrival of Streetview in the UK. The search giant thought there'd be a universal welcome for a service that allowed you to roam the streets of British cities and spot that the people who'd bought your old house had repainted the front door in an ugly shade of green.

It was hugely popular - but there was soon a backlash from those who felt their privacy was being invaded. In Broughton near Milton Keynes the locals stopped a Streetview car and sent it on its way out of their village. A metaphor, perhaps, for the growing resistance to the power of Google in all sorts of spheres.

This was also the year of web video, when millions discovered that the internet was now the quickest and cheapest way to get access to moving pictures of just about anything interesting. 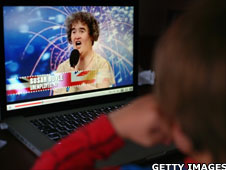 So, another Google product, YouTube, was the place where more than 100 million went to see the most unlikely new celebrity of 2009, Susan Boyle. ITV's "Britain's Got Talent" discovered the singer from West Lothian but YouTube turned her into a global phenomenon.

The first pictures of Ian Tomlinson being pushed to the ground by police at a G20 protest - he died shortly afterwards - appeared on the Guardian's website, and newspapers big and small ramped up their video offerings in search of a new business model.

Getting huge audiences for online video was easy, making money from them has proved a lot more difficult. although YouTube now claims that it's earning substantial amounts from advertising around its video clips.

May: The culture of copying

Throughout this year the debate about illegal file-sharing and what should be done about it raged back and forth, with the government's Digital Britain report the focus for some furious lobbying by the media industry and internet service providers.

In May a report by a body, The Strategic Advisory Board on Intellectual Property, was slammed by what you might term the file-sharing lobby for including some questionable figures about the impact of web piracy on the music industry. But its description of Britain's copying culture and warning against trying to criminalise the seven million people who were members of this "downloading community" now looks prescient. After all, the Digital Economy bill, with its measures against persistent file-sharers, hasn't won universal support - particularly from the ISPs who may have to enforce the new law.

June: Iran and the internet

Each time unrest breaks out in countries whose governments are uncomfortable with complete freedom of expression, we now see protesters looking to the web and mobile phones as tools of dissent. So it was after the disputed elections in Iran. It seemed at first that the opposition was winning the digital battle, using mobile phones to record police brutality and organising marches and distributing news via Facebook and Twitter. But the government learned quickly how to silence - or at least quieten - these channels of protest. And while events in Iran were of intense interest to the outside world in June, the attention span of the digerati is not much longer than a tweet. While the online protests continued, the Twitterverse moved on to new topics - such as Tiger Woods or that boy in the escaping hot air balloon.

July: The spinning of Spinvox

In the middle of July I received information that one of Britain's brightest young tech start-up companies was not quite what it claimed to be. Spinvox, which converts voicemails into text, was carrying out most of that job using a string of call-centres around the world rather than the advanced speech recognition technology of which it boasts. This was proving an expensive way of transcribing messages and had implications for the company's privacy standards and for its finances - in July it had asked its staff to take some of their pay in the form of stock options to help it through to profitability.

The company described the allegations as "a veritable maelstrom of accusations, misapprehensions and sometimes just plain lies" - we stood by our story. As I write, Spinvox is on the verge of a sale to an American speech recognition firm. It remains to be seen whether the investors who backed it with over £100m will see much of their money back.

August: Does Mandelson "get" the internet?

Over the summer Lord Carter's Digital Britain report, published in June, was being transformed into a bill that was supposed to shape Britain's future as a digital economy. And by late August it was becoming clear that the media industry bosses who had been somewhat disappointed with Stephen Carter's anti-file-sharing measures were having more luck with Lord Mandelson. As the plan emerged for a "nuclear option" - temporarily disconnecting persistent offenders - one Labour politician muttered "Peter doesn't get the internet". The media barons disagreed - at last someone was taking seriously the huge threat posed to Britain's creative industries by the culture of free.

September: Water or the web 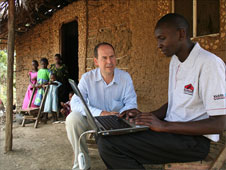 Until this summer one part of the world was left stranded by the digital revolution, without a reliable and affordable connection to the internet. Then the first of a series of cables landed on the East African coast, bringing broadband from across the Indian ocean. We travelled to Kenya and Rwanda to report on Connected Africa, and found inspiring stories of the hope behind the hype. In Kenya, farmers without running water or electric power told us they wanted to get online so they could market their crops abroad. In Rwanda, a nation still recovering from a traumatic recent history was betting that the fast internet could lift it out of poverty.

October: Ubuntu and the OS wars

This was the month when I found out just how passionately many people feel about a subject that leaves millions cold -the nature of their computer operating system. After trying out Windows 7 for a week, I gave Ubuntu's Karmic Koala just 24 hours. While I found the latest version of this Linux operating system simple and pleasant to use, my failure to fall in love with it - or to spend as much time with it as Windows - provoked rage amongst its supporters, and brought a record number of comments to this blog. I said I would give it a longer trial, and while that's not been possible to date, I am hoping to fulfil that promise in the near future. But did we at the BBC give Ubuntu a fair crack of the whip, in relation to its overall share of the operating system market? Absolutely - name me another mainstream media outlet which gave it more prominent coverage this year. 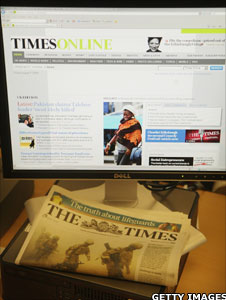 Throughout the year the grumbling from old media about the internet has grown more persistent, with the web blamed for destroying the economics of content production and promoting the idea that everything from music to movies to news should be free. Rupert Murdoch has led the chorus, with Google his main target - he feels the search giant feeds off the content of his newspaper empire without paying for its meals.

In November reports suggested a possible deal between Murdoch's News Corp and Microsoft's Bing to give that search engine preferential access to news, shutting out Google.

In this titanic battle between old and new media barons, it then appeared that Google had blinked, by making it just slightly more difficult for readers to find a chink in newspaper paywalls. But this battle has far to go, and in 2010 we will learn exactly how Rupert Murdoch plans to persuade readers that online journalism is worth paying for.

The year ended with another story about the social web. Facebook has perhaps been the outstanding new media success story of 2009, growing its audience to over 350 million people worldwide. But it still appears nervous about the impact of a much smaller social network Twitter, and the changes it made to its privacy settings, encouraging its users to share more information with the world, seemed to reflect that. There has been a backlash, with privacy groups claiming that users had not signed up to a network where so much would be visible, and some teachers fearing that their schools would now force them to leave Facebook. But we've seen rows like this before, and Mark Zuckerberg's company has just kept on growing.

Will 2010 prove to be the year Facebook floats on the stock markets, and starts making some serious money? The sceptics say it's an ephemeral business, which can never turn millions of users into billions of dollars. But that's what they said about Google back in 2004.

So, a very social year, and as it draws to a close, let me wish all our readers a very Happy Christmas. Whatever your operating system - or your social network - I hope you'll stay on our friends list in 2010.