A year ago, I visited a giant data centre belonging to Microsoft a hundred miles or so north of Seattle in Washington State. 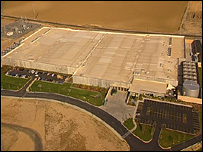 It was an impressive sight: room after room of servers cooled by by electricity which arrived from a nearby hydroelectric scheme, plus two sources of back-up power if the mains connection should somehow fail. All of this was just part of Microsoft's substantial global investment in cloud computing, to ready itself for a future where we'd all keep more and more of our data online in secure locations like this.

But I had a question.

What if, due to some unforeseeable chain of circumstances, the whole place went up in smoke - taking our valuable data with it? Back they came straight away with an answer - "redundancy". No, no, not mass sackings amongst Microsoft employees responsible for data loss, but backup systems.

In other words, every single piece of data stored in the Washington data centre would also be held elsewhere, just in case. It all seemed pretty satisfactory to me - and indeed I've put more and more of my own data into "the cloud", from Google Documents, to web-based e-mail, to photo libraries stored on Facebook.

Now comes the Sidekick story. Users of a popular mobile phone on the American T-Mobile network have lost some of their data, and the apparent cause is a server failure. 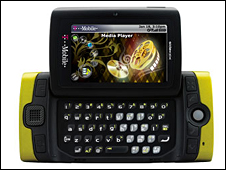 It's being called the biggest disaster yet for the whole concept of cloud computing. The software and the services for the Sidekick phone are designed by a company called Danger, which helps users store their contacts, photos and all sorts of other personal data in the cloud. But Danger was bought last year by - guess who? - Microsoft, so the software behemoth is now going to cop a lot of the flak for this disaster.

The latest update on a T-Mobile forum says:

"T-Mobile and Microsoft/Danger continue to do all we can to recover and return any lost information. Recent efforts indicate the prospects of recovering some lost content may now be possible."

But it also talks of compensating people if they suffer "a significant and permanent loss of personal content" - which sounds pretty ominous.

What's not really clear is what happened to the famed redundancy of Microsoft's cloud operation. Reuters is quoting a statement from the company talking of "a confluence of errors from a server failure that hurt its main and backup databases supporting Sidekick users." But does that mean the backup databases were in the same place as the main ones?

If we're all to entrust our most valuable data to Microsoft's - or anyone else's - cloud, we're going to need to be sure that they tend it as if it were their own. If this kind of reassurance is not forthcoming, then all those forecasts of explosive growth in cloud computing will be, well, redundant.