Will you pay for a Digital Britain?

Remember all the hullabaloo around Lord Carter's Digital Britain report, the blueprint for the future of everything from fast broadband to Channel 4 to illegal file-sharing? 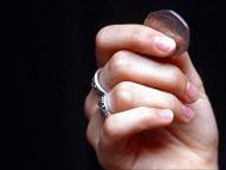 Well, shortly after its publication in June, Stephen Carter headed out of the government and it all seemed to go quiet for a while. There were even rumours that much of the report would never result in legislative action - but now the various rows which attended its publication are bubbling up again.

This morning, the Digital Minister Stephen Timms confirmed that one of the most controversial measures would go ahead:a 50p per month tax on landlines to fund superfast broadband. There had been speculation that it would be shelved because of a convention that any tax introduced shortly before an election should have cross-party support, but Mr Timms said the broadband levy would be in a Finance Bill before Christmas.

Cue another row. The government may have seen this as a sensible way of pump-priming investment in the fibre-optic network that many believe is vital to Britain's economic future - but it seems nobody is satisfied.

The lobby which believes we're already way behind our overseas rivals in building fast broadband says the money is too little too late. But just about everybody else - including the Conservatives - seems to believe that it will be an unjust tax, hitting elderly people who may have no interest in broadband and poorer people who will pay the same as the rich.

When I asked my fellow social network users for a few comments, they were mostly hostile:

"It's a damned awful idea - nationalising the internet, by the back door!!"

"so if we agree to the 50p broadband 'tax' it's ok to download what we want then? Otherwise its not a tax, it's a price rise."

"seems unfair that my 86 year old nana is taxed further for something she doesn't use, but needs a fixed line in her home"

"tell them it's a [minced oath deleted] joke, I pay the same tax on a crappy rural 2Mb link as someone with fantastic 10-50Mb. thieves..."

I tried to point out to this last correspondent that he was missing the point - in fact, those of us in towns with fast broadband connections will effectively be subsidising him if he ends up getting fibre optic cables laid to his door.

But it's clear that this tax is going to be a hard sell - after all, the public will start paying for a fast network some time before it's delivered to homes across the country, and will be cynical about whether the money will really be spent where it's needed.

Mind you, amid the rage about the telephone tax, its critics also need to address some questions. Do you believe that it is vital for the UK to build a next-generation broadband network? Are you confident that the market alone will deliver that? If not, how do you propose that we fund it? 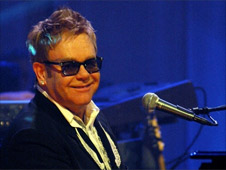 And now there's another row brewing about Digital Britain after Lord Mandelson's decision last month to insert into the consultation process tougher measures against illegal file-sharers, notably plans to disconnect repeat offenders. That plan also received a pretty hostile reception but I gather that the business secretary has been cheered in recent days by the support of artists like Lily Allen, James Blunt and Elton John for his proposals.

Tomorrow, Lord Mandelson is expected to visit the Brit School for the Performing Arts in Croydon to press home his message about the importance of defending the creative industries from file-sharing - though it's not clear whether Lily, James and Elton will form an impromptu backing trio. And there'll be a rival gig in the evening when the Featured Artists Coalition - which represents musicians who want to have more control over their work - meets to hammer out a position on file-sharing.

So far, FAC members like Billy Bragg, Blur's Dave Rowntree of Blur and Radiohead's Ed O'Brien have been pretty sceptical about whether draconian action will work. So prepare for a battle of the bands.