Who wins from an Orange iPhone?

So a mobile phone network is getting a new phone - or rather a phone that's already been available elsewhere for a couple of years. No big deal, eh? Well, think again. When the news broke this morning that O2 was losing its exclusive contract to sell Apple's iPhone, and that Orange would be selling the phone in the run-up to Christmas, there was huge interest. 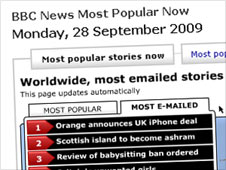 It went straight to the top of the list of most-read news stories on our site and social networks were buzzing with the news. Clever old Apple - the whole marketing strategy around the iPhone has been masterful, and now it's scored another winner.

By keeping the phone exclusive to one network since its UK launch in November 2007, it's given it an air of, well, exclusivity. O2 has worked extremely hard to promote the iPhone over the last couple of years - and, it seems, has handed over quite a lot of cash for the privilege. Now, just as the shine is beginning to fade, Apple hands the phone to a network with a huge incentive to give it another massive marketing push.

But here's the key question yet to be answered by either Apple or Orange this morning: what is going to happen to tariffs?

You can't believe that Orange will go into this market charging the same as O2 - and if it does, questions may be asked by the competition authorities. So there's the juicy prospect that an iPhone price war may break out by Christmas - though given the big subsidy operators hand over for a handset like the iPhone, don't expect too much. 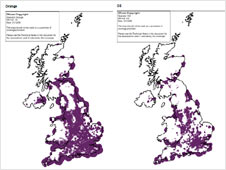 Customers will also be glad to have a choice of operators given the strain that the flood of data from the iPhone appears to have put on O2's network. They may find Ofcom's research on mobile broadband coverage in the UK [667 Kb PDF] a useful guide to whether Orange or O2 is stronger in their area.

But what of the operators? This morning, O2 was putting a brave face on things, stressing its pride in its record with the iPhone - but also the fact that the network is about to offer the Palm Pre. As one analyst put it to me, "you knew they were losing the iPhone exclusivity when they unveiled the Pre deal."

Orange is of course punching the air, delighted that months of painful negotiation have ended with it winning the prize. But should the network really be celebrating?

A few months back, a telecoms consulting company which has long been sceptical about the importance of the iPhone and its value to operators released a pretty devastating report. Strand Consult's The Moment of Truth: A Portrait of the iPhone set out to demolish what it said were 10 myths about the "miracle" handset:

Now I'm not sure that the Strand report's one-sided view of the phone's significance to the industry really bears too much scrutiny. I don't see, for instance, how you can deny that the App Store has been a huge success, and one that has been imitated by the rest of the industry. But one thing does seem true - the iPhone appears to have done far more for Apple, both in financial and marketing terms, than it has delivered for the operators around the world which have fought for the right to sell it.

So today's news is good for consumers and good for Apple - but does it really mean a brighter future for Orange?