By any measure, he is among the most important figures in technology of the last decade, a major influence on the way we use and interact with computers and mobile phones, a British designer who ranks with the Conrans and the Dysons. But have you ever heard Jonathan Ive, the Apple designer behind the iMac, the iPod and the iPhone, talk about his work? 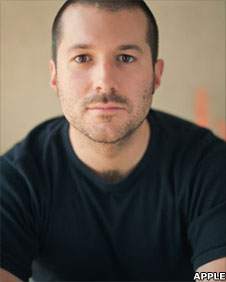 I hadn't - so when a friend invited me to hear him speak at the Royal College of Art's Innovation Night I leaped at the chance.

Now one of the reasons you don't hear much from the Apple designer is that he is, by his own admission, a hesitant and unpolished speaker. He told the audience at the Royal College that he's learned that preparing presentations takes him away from perfecting a product, so he'd rather let others do the talking.

But the format last night was a fireside chat between Ive and the Rector of the Royal College Sir Christopher Frayling in front of an audience of students and what seemed like the whole of the London design community.

Amongst his own people, the designer seemed more comfortable than faced with intrusive probing from some impertinent hack - though I did manage to get one question in about what he'd have liked to change about the first version of the iPhone(no clear answer, I'm afraid, though he said designers were never satisfied with their work).

And what emerged were some fascinating insights into the culture of Apple and the craft of industrial design. Ive was insistent that the key to Apple's success was that it was not driven by money - a claim that may raise eyebrows amongst shareholders and customers - but by a complete focus on delivering just a few desirable and useful products.

"For a large mulit-billion dollar company we don't actually make many different products," he explained. "We're so focused, we're very clear about our goals."

He said that Steve Jobs had always made it very clear that this focus on products was the only reason for Apple to exist - and contrasted the culture with that of other companies who talk about having similar aims: "If you have to spend time institutionalising that, talking about it, you end up chasing your tail."

So how did the company decide what customers wanted - surely by using focus groups? "We don't do focus groups," he said firmly, explaining that they resulted in bland products designed not to offend anyone.

Christopher Frayling reminded us at that point of Henry Ford's line about what his customers would have demanded if asked - "a faster horse" - and it's surely true that the point of innovative companies is to come up with products that customers don't yet know they need.

But it was the physicality of design work that Jonathan Ive was keen to stress - from the Apple design workshop full of machines, throwing off a lot of noise and dust, to visits to Japanese aluminium craftsmen to learn how that material could be crafted into a laptop casing. Yes, of course he and his team use all the latest computer-aided design tools - but he also likes to knock out a physical prototype and feel the weight of it in his hand.

He told a story about how, as a boy, he'd taken apart an old-fashioned alarm clock, and inside the spare outer casing found a mass of workings, "an entire watch factory".

Extraordinary complexity wrapped in a simple, functional, touchable, beautiful case - that seems to be the Apple design ethic.

So an inspiring 45 minutes in the company of a design genius - a few fragments of which I filmed using one of Mr Ive's own products. But at the end, Apple's PR team came up to stress that this was a private event and would I please keep the pictures to myself.

Another example of the somewhat paranoid culture of a company which always wants to be in complete control of its message. But maybe that's another reason for its success...