When the BBC launched its iPlayer at Christmas 2007, there was a deal of muttering from some internet service providers about the effect on their networks and their costs of handling a flood of video streaming traffic.

Then it all seemed to go quiet for a while, despite an even bigger surge in traffic than most had anticipated. Now, though, the BBC appears to be at daggers drawn with the giant of the UK broadband market over the impact of iPlayer. 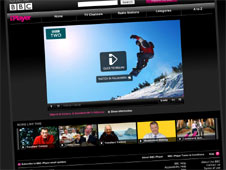 I was contacted a short while ago by a BBC colleague who wanted to tell me an interesting story. He worked in the technology department at the BBC, but was also a BT customer on the basic broadband package. And he couldn't help noticing that every evening, his speed was dropping to such a low level that watching the iPlayer became a much less satisfactory experience than usual.

This chap had access to the infrastructure behind the iPlayer and so was able to investigate further. What he found was that BT appeared to be throttling back iPlayer speeds for its Option 1 customers to somewhere around 700kbps between teatime and midnight.

Bit of a shame, I thought, but I bet BT makes that perfectly clear when you sign up to their cheapest package. But when I looked at the BT Total Broadband site, I was unable to spot any such warning. It was only when the BT press office pointed me at the fair usage policy, buried deep within the website, that I spotted this clause:

"[W]e do limit the speed of all video streaming to 896Kbps on our Option 1 product, during peak times only, which is between 5pm - midnight every day."

So what that means is that if you buy a basic "up to 8Mbps" service from BT, you will find that you are viewing one key service - if that's how you see the iPlayer - at under 1Mbps.

When I suggested to BT that they were not being exactly frank with customers about this policy, they hit back strongly. They insisted that the policy was not having a detrimental effect on the way customers could view iPlayer, because it worked perfectly well at lower speeds.

But the company also suggested that managing the effect of iPlayer traffic was as much a job for the BBC as it was for BT. Here's the key sentence in their statement:

"We believe there is a real issue that content owners like the BBC need to address and we are currently in discussions with the BBC executive to ensure that our customers get the best possible experience in the future."

Now, this is an interesting contrast with BT's apparent stance two years ago, when a spokesman was quoted as saying: "We're not up in arms about iPlayer, we're not complaining to the BBC or discussing it with them."

What we're seeing is the rumblings of a revolution, where the infrastructure providers start demanding that media owners help pay for the cost of their pipes. That is obviously a threat to the principle of "net neutrality" (the idea that the internet should not discriminate between different types of traffic), but change may be inevitable.

BT and other businesses will ask why they should pay to provide a platform for the ambitions of media companies to reach audiences in new ways. The broadband market in the UK is fiercely competitive, and ISPs offering broadband at £7.78 a month are bound to want to limit their costs.

What will be important to consumers is that they get clear information about what they are buying. Catch-up TV is now becoming one of the main attractions of having home broadband - so if you sell a product which makes using that service difficult or impossible at peak times, customers need to know about that.

For now, though, the stage is set for quite a clash between a broadcaster proud of some very innovative technology and determined that it should be as widely used as possible, and a telecoms giant struggling to manage an explosion in the use of its network without forcing customers to pay more. Something has to give.