BT and the iPlayer

A quick update to our story last week on the throttling back of the iPlayer at peak times by BT. You may remember that BT suggested there was a real issue for the BBC to address when it came to managing iPlayer traffic. But now the company has made a far more explicit call for the BBC to stump up some cash. 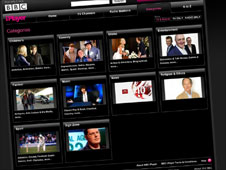 Just before I was due to discuss the whole issue on Radio 4's You and Yours, the programme received an e-mail from BT, with details of their position.

The e-mail talked about the huge costs of bandwidth to deliver iPlayer programmes, and said that Internet Service Providers could not be expected to pay for everything in a highly competitive broadband market.

It also said that the BBC and other content owners "can't expect to continue to get a free ride". They would need to make a fair contribution to the cost of delivering online video and other content.

BT also pointed out that Lord Carter's Digital Britain review next week will call for broadband for all at high speeds and low prices - and said making that happen would involve content owners paying their fair share.

Now while other ISPs have grumbled about the impact of the iPlayer on their costs, I could not remember BT ever making such an forthright call for cash. And when I called the company, a spokesman made it clear that this was a new stance, and BT was happy for the world to know about it.

This comes in the context of negotiations between the BBC and ISPs, and obviously both sides are manoeuvring in advance of the Carter report. So far the whole issue of net neutrality - the idea that the internet should not discriminate between different types of traffic - has not made much of an impact in Britain.

Now Britain's biggest internet service provider is making it clear that, in a cut-throat broadband market, something is going to have to give - and net neutrality may have to be chucked overboard.