As ever, there was huge excitement amongst Apple's loyal fanbase (does any other commercial business have fans not consumers?) as news emerged last night of a new iPhone. 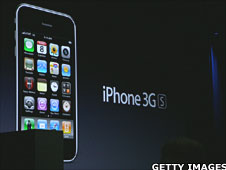 But, in the UK at least, the excitement has swiftly turned to anger over the sheer, eye-watering expense of owning the iPhone 3GS. So are O2 and Apple in danger of alienating existing iPhone users while doing nothing to attract new customers?

Contrary to expectations, O2 has retained its exclusivity over the iPhone but it looks as though that was at a price, and one that is now being passed on to consumers.

It's the early adopters, those who bought the original iPhone and then upgraded to the 3G version, who are really spitting tacks. They somehow thought they were special, and, just as last time, would be offered a deal to make upgrading to the 3GS affordable. But no. The only way they can upgrade is to buy out the remainder of their contracts and start again - which would be massively expensive.

O2 indicated to me that it was slightly unrealistic to expect the firm just to write off the big subsidy they'd already enjoyed on the 3G version - but some dedicated fans are already starting online petitions to complain about the cost of an upgrade.

But if the loyalty of the fanbase is being tested surely there's something to woo new users to the iPhone? Not in the UK. While there is a price cut in the US for the old iPhone 3G, that isn't the case here.

It'll still cost £96.89 on an 18-month contract - and I can't see cash-strapped young phone fans rushing to buy something that can't even claim to be the latest hot phone.

O2 was keen to point out that the 3G iPhone was now free on a 24-month contract - but are many people really willing to tie themselves in for that long?

Now Apple and O2 have never pretended that the iPhone is anything other than a premium product with a premium price and so far that strategy has proved remarkably successful.

One retailer told me this morning that people would still be queuing round the block when the new model goes on sale on 19 June. I'm not so sure. Those queues are usually made up of long-term Apple fanatics - but even they may not be willing to pay the huge price needed to become a 3GS early adopter.